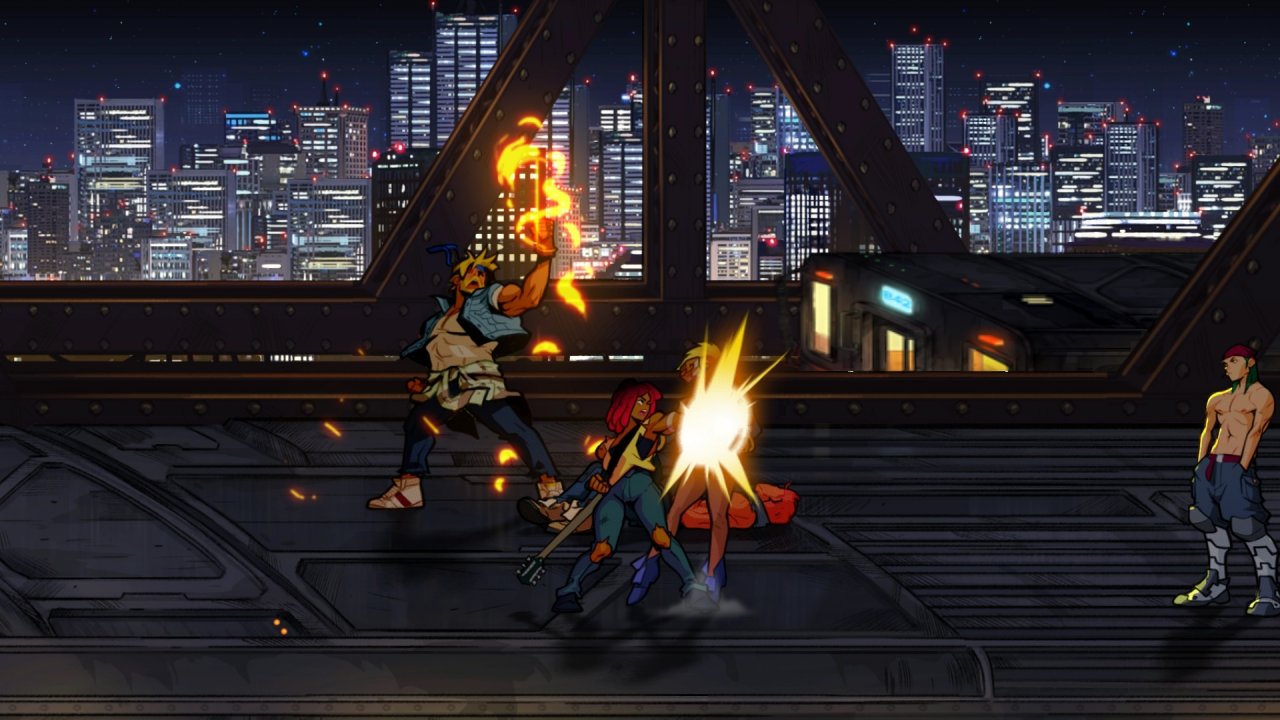 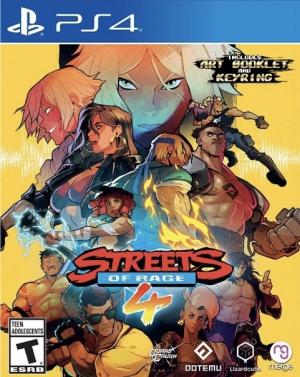 Carrying on the style of gameplay from previous entries in the Streets of Rage series, Streets of Rage 4 is a side-scrolling beat 'em up in which players fight against waves of enemies using an array of attacks and special moves. New to the gameplay formula is the ability to recover health spent using a special attack by performing successive follow-up attacks. Players are also able to juggle opponents against each other and walls for extended combos. Stars can be collected allowing players to perform powerful super moves. The game takes place 10 years after the events of Streets of Rage 3, featuring returning characters Axel Stone, Blaze Fielding, and Adam Hunter, alongside two new characters, Cherry Hunter and Floyd Iraia. The game will also feature online multiplayer for two players and local multiplayer for up to four players, for the first time in the series. Unlockable features include characters from past games, who are presented in 16-bit style, and retro music tracks from Streets of Rage and Streets of Rage 2 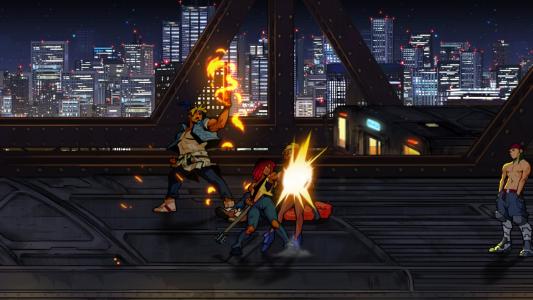