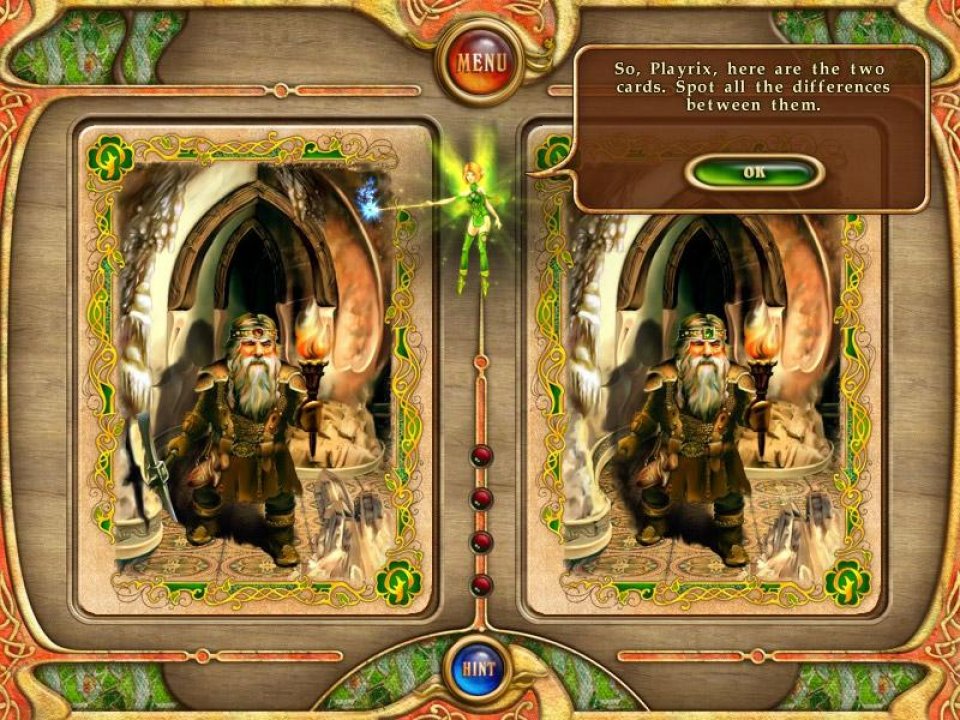 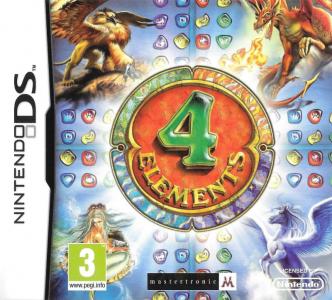 4 Elements is a tile-matching game with elements from hidden object titles. The levels are labyrinths with grids of multi-colored tiles. The player has to click and drag over groups of three or more tiles to remove them. The objective of each level is to break the background by making matches over it, allowing the elemental energy, green sap for the earth level, lava for the fire element, wind & water for the others, to flow freely. The game screen follows the energy as it flows, moving with it until it is blocked again. The levels are divided in four books representing the four elements. At the start of each book, a screen comes up with scattered pieces of objects that must be collected. After the objects are assembled, they have to be used to solve the room puzzle and reach the book key. The levels are organized inside the books as sub-groups related to a typical fantasy character (like elves, dragons, dwarfs, etc). After solving a group, a couple of similar cards with the character appear side-by-side, and the player must click on the differences between the two. There are slots at the bottom of the screen for the four power-ups, each being charged by matches of its corresponding color. The spade destroys a single tile, the bomb explodes several tiles, the swap changes the position of two tiles and the reshuffle reorganizes the whole grid. 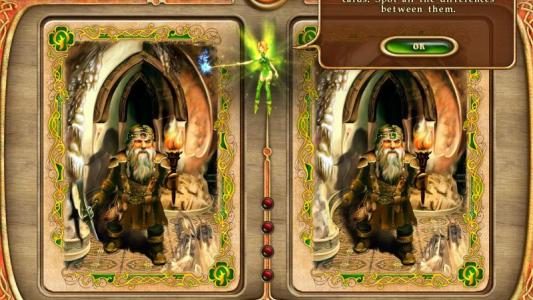