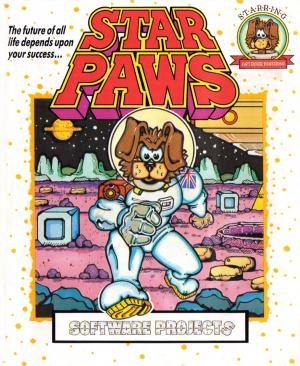 The game's plot involved captain Rover Pawstrong (a dog in a space suit) in his adventures on a planet, attempting to eat 20 Space Griffiths (essentially chickens). Gameplay involves the player's character running back and forth on a side-scrolling planet surface, attempting to catch the griffith. The player finds crates which contain items that the player can use to help catch the bird - or the player can simply try and run and jump on top of the bird, thus catching it. During playtime, there is a time limit by which the bird must be caught (indicated by a roast chicken slowly turning into chicken bones), or else the game ends. At later stages in the game, the player may have to enter some abandoned mines, where the griffith may be hiding.