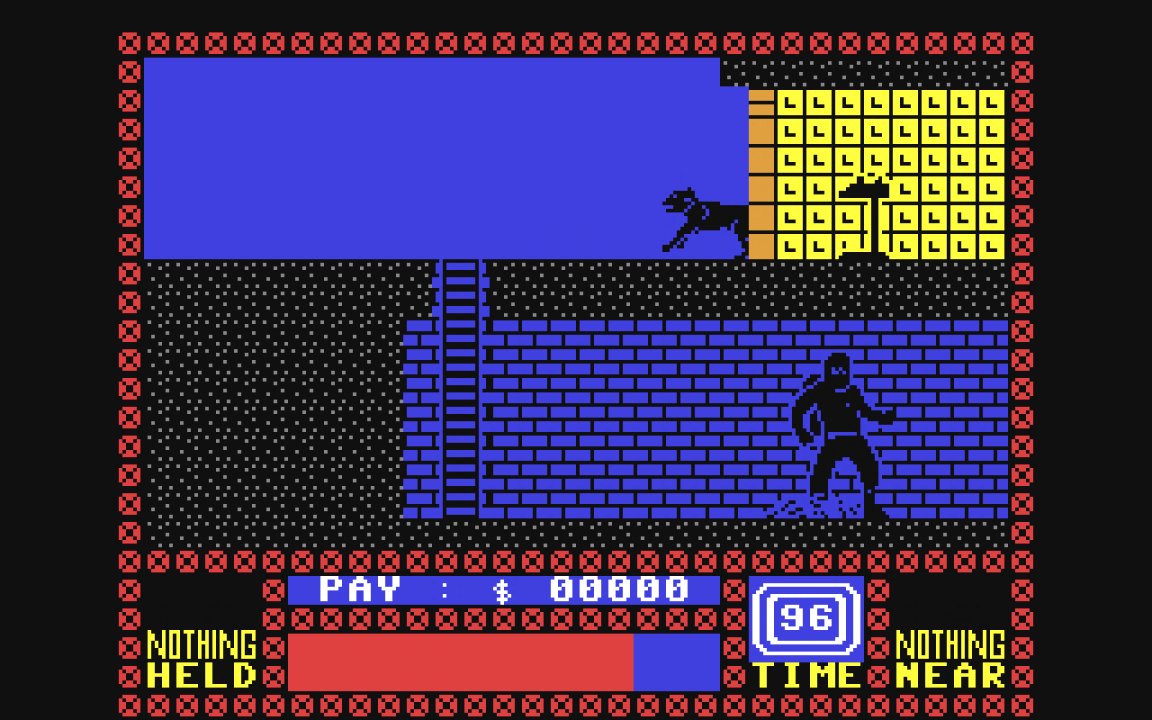 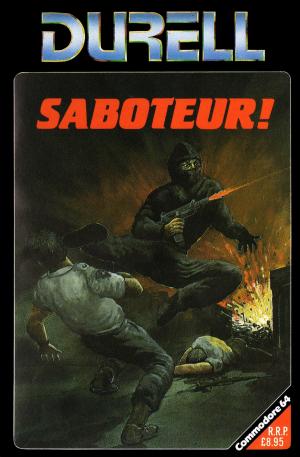 The player must make his way through the complex of rooms (consisting of the warehouse, dark underground tunnels and the secret command centre) to find the disk and escape. The player has an energy bar which is depleted by falling too far, crouching under water or being attacked - if the energy bar is completely depleted or if time runs out then it is game over. It can be replenished by standing still and resting if he finds a safe area. The saboteur can crouch, climb ladders, run and attack enemies by punching and drop-kicking them. He begins with a single shuriken as a weapon and can also utilise improvised weapons (such as bricks and pieces of pipe) found in rubbish piles and boxes around the warehouse. The warehouse contains many security systems the player will need to defeat or avoid. These include guards (who can use hand to hand combat and guns) who stand still and will chase and attack the player if they see him or if he makes too much sound. The guards are assisted by guard dogs and automatic gun emplacements. Saboteur! also has a difficulty level selection that can be chosen before a game begins. There are several of these and they determine how many guards are on watch, how much time saboteur will have to complete his mission and how easy the route to the disk and helicopter will be (i.e. how many security doors on the way are locked and will need to be opened in some way). 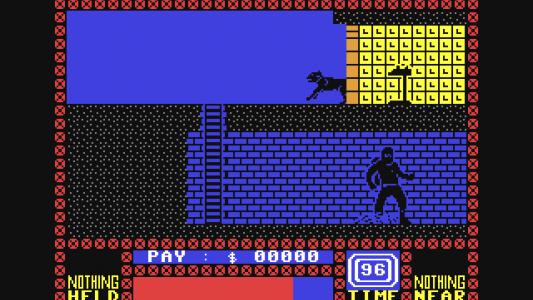