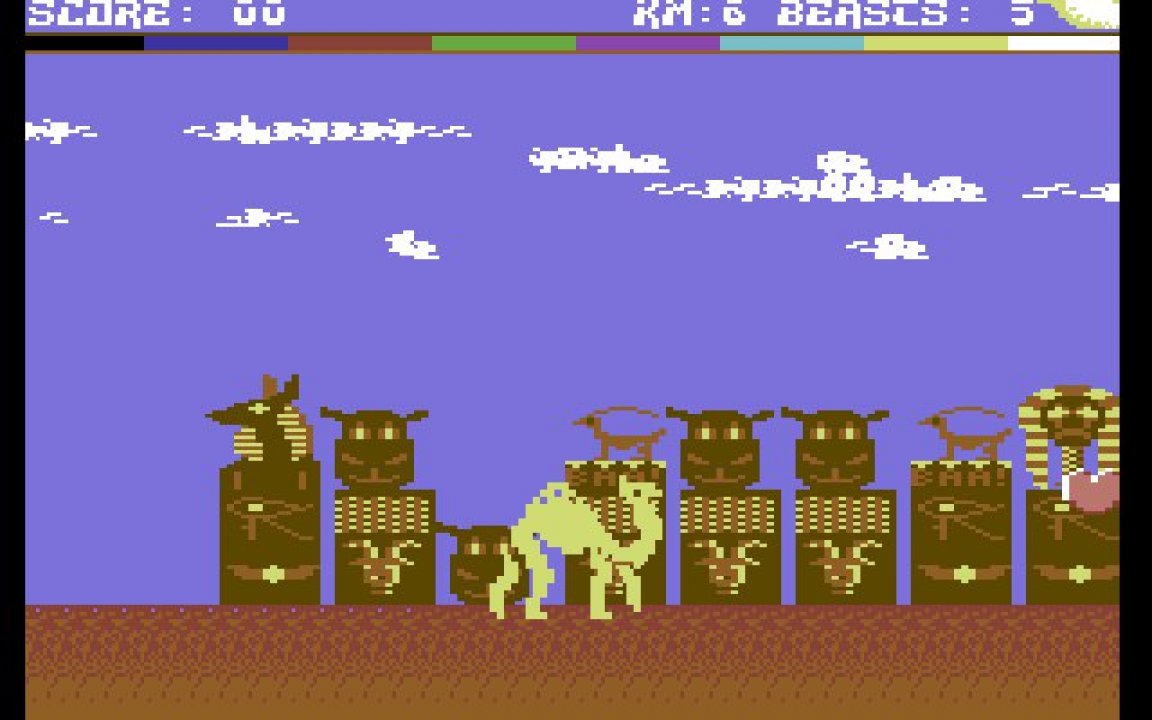 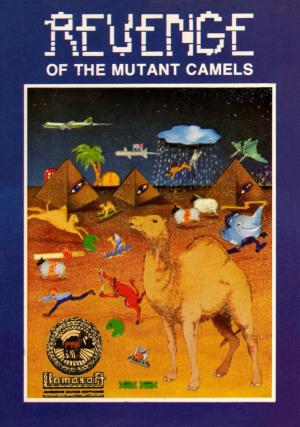 Revenge of the Mutant Camels

Also know as: Advance of the Mega-Camels

A sequel of sorts to Attack of the Mutant Camels, this time the player controls a camel. The camel is armed by default with small blue shots, but can obtain other weapons and weapon upgrades by collecting power-ups during the game. The game features a host of bizarre enemies, including: British telephone boxes, Polo mints, exploding sheep, skiing kangaroos, guys sitting on flying toilets and even the jet plane controlled by the player in Attack of the Mutant Camels and a wave of Jeff Minters. 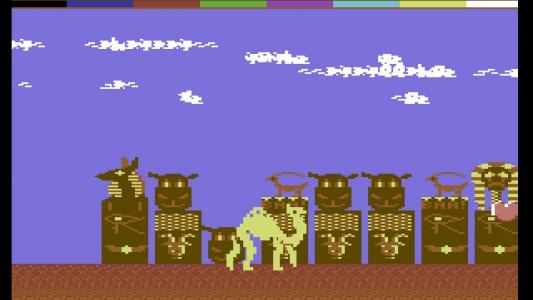