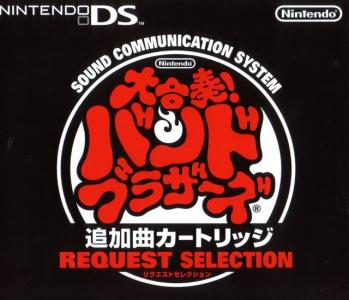 Daigasso! Band Brothers Tsuika Kyoku Cartridge is an expansion pack fo Daigasso! Band Brothers. It comes in the form of a GBA cartridge, which is inserted into the DS at the same time as the original Band Brothers card, making Band Brothers the first DS game that uses the GBA port for more than some minor unlockables. It features 31 new songs, which were chosen based on a survey posted on Nintendo's website in July 2005. The scores of the songs do not save after being played.