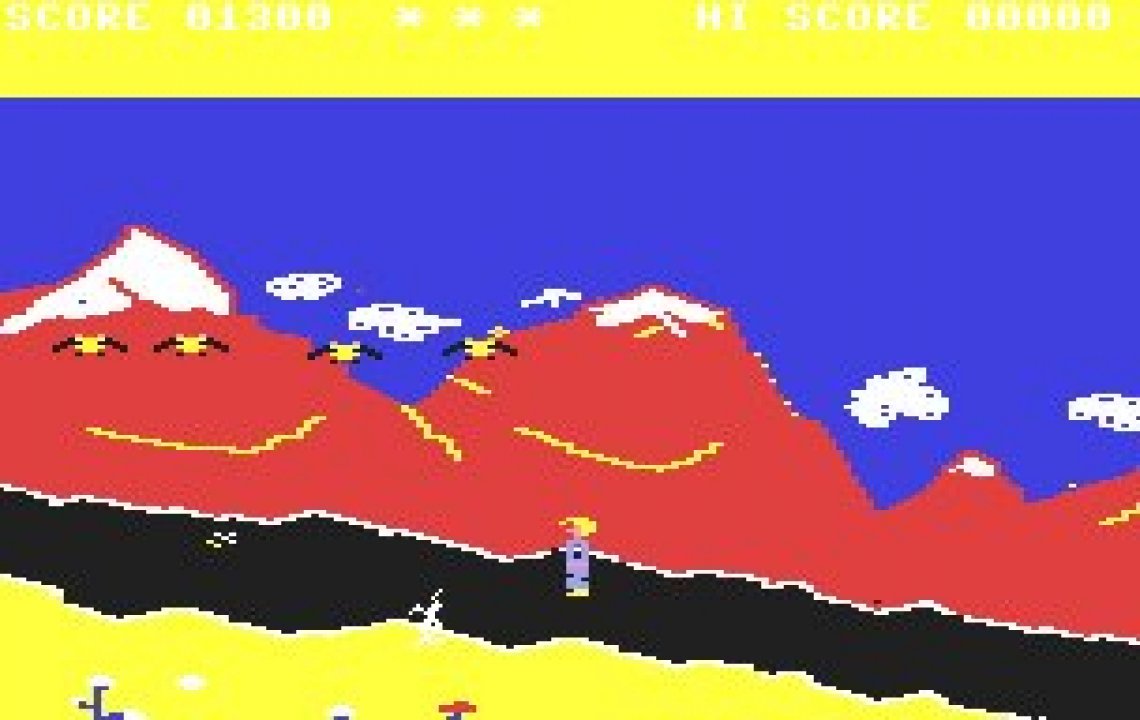 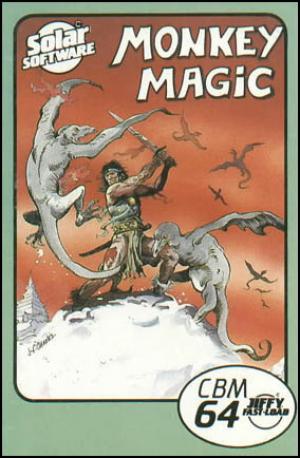 Monkey Magic is a video game published in 1984 on Commodore 64 by Solar Software. It's an action game, set in a shooter, licensed title and platform themes, and was also released on Atari 8-bit and Commodore 16, Plus/4. The game is divided into four levels: Level 1 Monkey's on his cloud, chasing after some flying demons. Shoot them to earn points. Avoid colliding with them at all costs, or Monkey will fall off his cloud, and a life will be lost. Move round the screen using the normal directions. Pressing FIRE will fire a lightning bolt from Monkey's cloud. Level 2 Monkey needs to eat all the heavenly peaches to complete this level, by climbing up and down ladders and ropes. Avoid the demon, snake and other baddies, or a life will be lost. Left and right moves Monkey in that direction along the platform. Up and down moves Monkey up and down ladders and ropes. FIRE makes him jump. Level 3 Monkey's running along, being shot at by some flying things. Avoid their shots, and avoid the cracks formed when they hit the ground, or a life will be lost. Left speeds Monkey up, right slows him down. Up makes him jump the cracks and FIRE fires a weapon. Level 4 Monkey has to kill the dragon, by hitting him in the right place with his staff. Avoid the dragon's fireballs, or a life will be lost. Move Monkey left and right. Hold down the FIRE button for power on the staff aim and let go to release the staff in the dragon's direction. Joystick: Port 2 - fire to start Keyboard: Shift to start Z = left X = right ; = up / = down 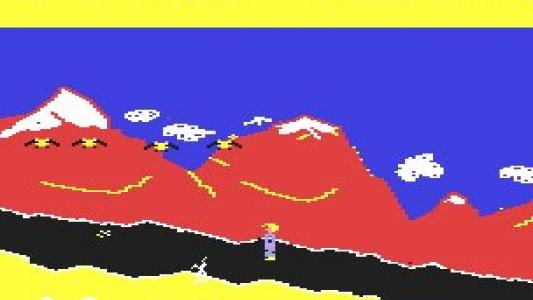