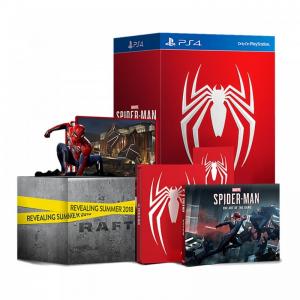 Marvel's Spider-Man, commonly referred to as Spider-Man, is an action-adventure game developed by Insomniac Games and published by Sony Interactive Entertainment for the PlayStation 4, based on the Marvel Comics superhero Spider-Man. Released worldwide on September 7, 2018, it is the first licensed game developed by Insomniac. The game tells a new story about Spider-Man that is not tied to an existing comic book, video game, or film, and covers both the Peter Parker and Spider-Man aspects of the character. Spider-Man was well received upon release. Critics hailed it as one of the best superhero games ever made, praising its gameplay, particularly the combat and web-swinging mechanics, graphics, story, soundtrack, and design of New York City, while expressing criticism for a lack of innovation in its open-world design.