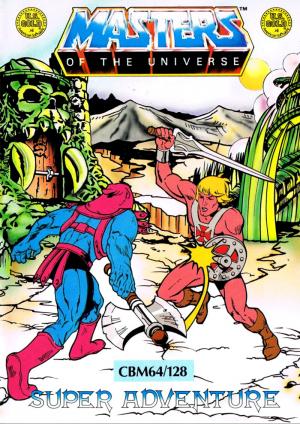 Masters of the Universe: Super Adventure

Skeletor, never resting in his struggle to overwhelm Eternia and become the kingdom’s absolute ruler, has developed an Earthquaker device which controls through hypnotic rays a horde of Rockbinders, gigantic beasts created from boulders who are capable of gnawing their way through solid rock (Because of their peculiar construction Rockbinders are also capable of reforming after injury in battle). Under his malevolent supervision the monsters are even now tunneling beneath the foundations of the Shadowlands and approaching the borders of Eternia. You, playing the part of Adam, Prince of All Eternia, must take up the Sword of Power, assume your alter-ego He-Man and challenge Skeletor.