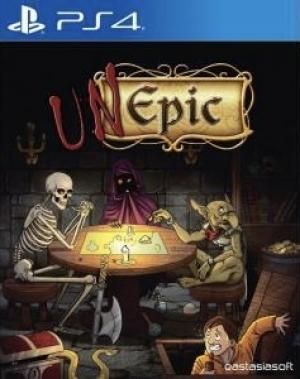 Unepic is a mixture of platforming and role-playing game that takes place in a huge castle of medieval fantasy. In Unepic you will explore more than 200 rooms, discover over 100 different weapons and learn more than 70 spells! Unearth countless hidden treasures and defeat nasty enemies, including seven terrifying bosses. Unepic combines an ‘80s style with modern features. The fantastical adventure is fully narrated with 2000 lines of dialogue and rife with pop-culture references. Unepic will have you coming back for more and more, supporting multiple endings and various difficulty settings. Daniel was just an average guy. Video game player, big fan of sci-fi movies, and a novice RPG player. In the midst of an RPG, he was teleported to a castle. Daniel believed that he was having a massive hallucination. Eager to keep playing within the RPG to create his own adventure, he decides to go along for the ride until his delirium comes to an end. Once inside the castle, Daniel is inhabited by a mysterious shadow. This dark spirit can communicate with Daniel, but not control him. The shadow has a simple goal: to escape from the prison of Daniel's body. There's a catch: the dark spirit can only escape if Daniel perishes. Struggling against enemies in the castle, with the dark spirit attempting to murder him at every turn, Daniel finally discovers his goal: to kill Harnakon, the master of the castle, and free the Pure-Spirits who are trapped within.