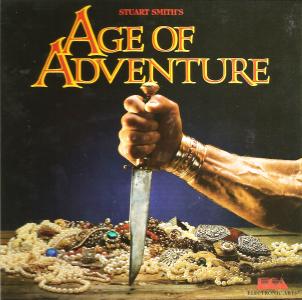 Billed as "the greatest adventures in history," this game was actually two games in one: The Return of Heracles and Ali Baba and the Forty Thieves. Both games are somewhat similarly constructed, as they were built on an engine that is a precursor to Stuart Smith's Adventure Construction Set. Control multiple characters via a top-down perspective on various quests throughout the mythological past. Find items, increase your stats, battle monsters, and explore the land in these turn-based RPGs. Both games feature a cooperative component that lets any number of players play together, simply by dividing up the available characters.