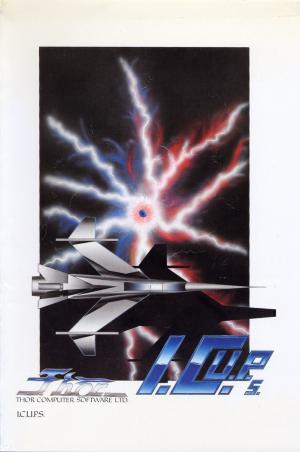 You want to become a special agent for I.C.U.P.S. (International Commission for Universal Problem Solving), but before they can accept you, you have to pass two tests that make up two different parts of the game. The first part is shown from a top-down perspective. You are in control of a space ship and are under attack from different kinds of enemies. Most enemy ships are not lethal in themselves, but have either the ability to shoot up, down, or sideways. To defeat them, you can shoot upwards or push them towards the edge of the screen. The second part of the game is shown from a side-scrolling perspective and begins once you reach the enemy star ship. In it, you control a robot with a jet-pack and must find four parts of a bomb that are scattered throughout the large ship, while shooting lots of insect-like enemies.