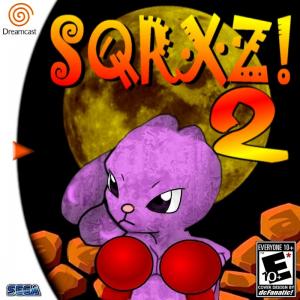 Many players were happy to play Sqrxz on platforms never seen before and some of them even asked for more. The second part was born and can be considered a sequel. Rodolphe, Simon and the new supporter, swedish chip tune artist Alexander Wiklund were brought together by Shahzad, who also did levels and testing, to form and develop the second part of Sqrxz. Sqrxz 2 was born and initially released on Dreamcast. The release place was at tUM 2010 demoparty, where the game ranked 4th in the game development competition.