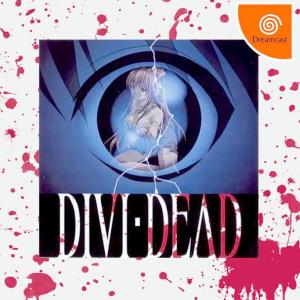 Divi-Dead is a Japanese 2D adult game released by C's Ware in 1998. The game's theme falls into the category of adult horror, as it deals with supernatural and sexual topics. Certain images from the game are brutally violent and strange, while others are lighthearted and erotic. It is a visual novel that involves a supernatural mystery which the player solves in order to complete the game. The player makes certain decisions throughout the story, which may lead to different endings for the game. Along with True Love, Divi-dead is often credited for being one of the games to start the interest in adult games outside Japan. An English translation was released by Himeya Soft. The game has been ported to the Dreamcast and PSP by homebrew community "Tales Translations", the group that's also behind the Spanish translation and fixing/replacing the Japanese map notations. German, Italian, French and Portuguese translations also exist, as well as a Flash version.