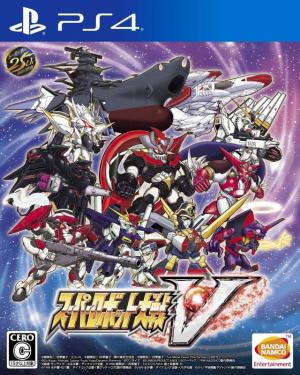 Super Robot Wars V is a tactical role-playing game developed by B.B. Studio and published by Bandai Namco Entertainment for the PlayStation 4 and PlayStation Vita. Released as part of Super Robot Wars' 25th anniversary, it is the eighth standalone entry to the series since Super Robot Wars NEO, with the game's continued focus on the massive crossover between different mecha anime series released in Japan. It is released in Asia on February 23, 2017.