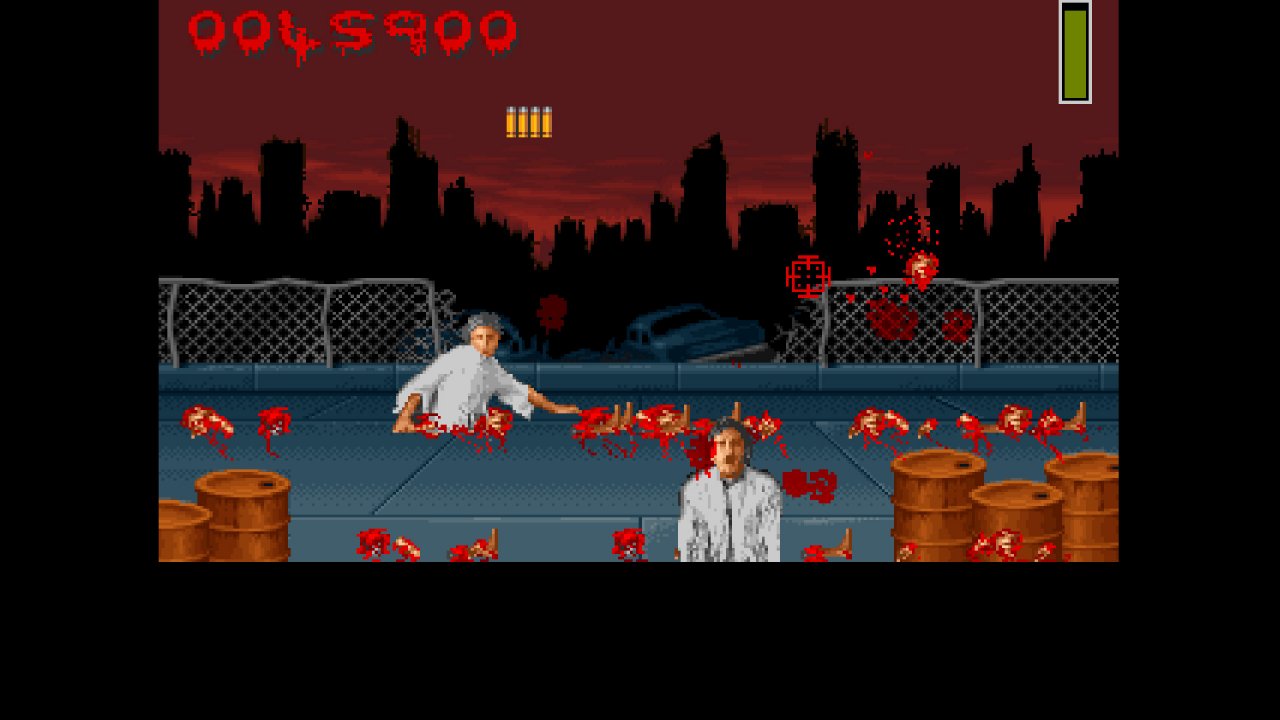 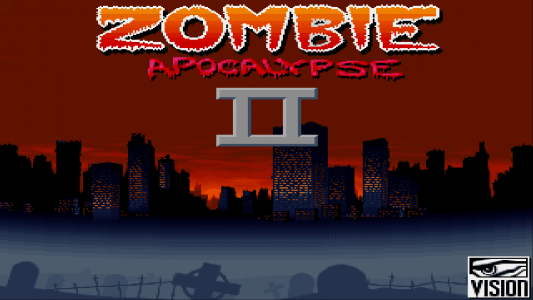 Zombie Apocalypse II is a gore-splattered, 2D crosshair shooter. It was programmed in Blitz Basic 2 and released as shareware for AGA Amigas in 1994. The aim is simple: send the undead back to hell! Each wave is set on a single, static screen. The player takes damage if the zeds make it to the opposite side. Zombies that spawn in the foreground will also attempt to shoot the player. The crosshair is controlled using a mouse. Very much in the vein of arcade classics such as Operation Wolf, ammo is finite and must be replenished by shooting random item drops. You also have a limited number of rockets and grenades for dealing for those "arrrgghhh, too many zombies!" panic moments. Zombie Apocalypse II is rather simplistic and quite repetitive, yet it's also surprisingly addictive. Well, at least for 5 or 10 minutes. 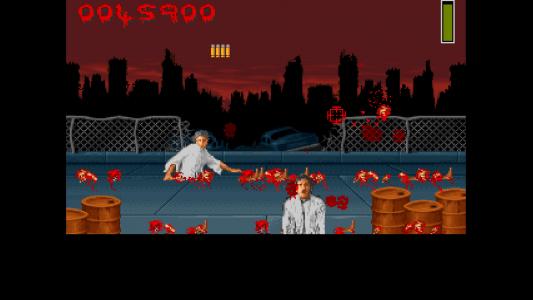