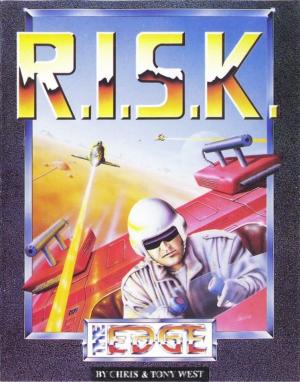 R.I.S.K. (Rapid Intercept Seek and Kill) is set on the planet Christon 3 where scientists work on developing new weaponry. Of course the planet gets attacked by aliens and the player, as a pilot who is nearby, has to drive them back. In many ways a Defender variant, the game is a horizontally scrolling shooter (the player can move in both directions) and the goal is to clear the levels of all aliens. However, there are certain distinguishing features, notably an upgradeable space ship.