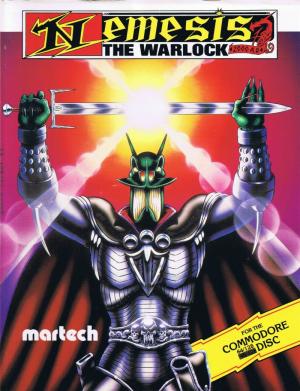 Can Nemesis the Warlock fight his way through screen after screen of vicious Terminators to find and destroy Torquemada, cruel Grand Master of Termight? Wave upon wave of the evil horde fall before his gun or to crushing blows from his might sword Excessus, but still they come. As the battle rages, Torquemada exerts his twisted influence on the scattered corpses of his demented followers and they burst grotesquely into life as deadly scythe-wielding zombies. Become Nemesis the Warlock, from 2000 AD, and enter this nightmare world - you may never return!!