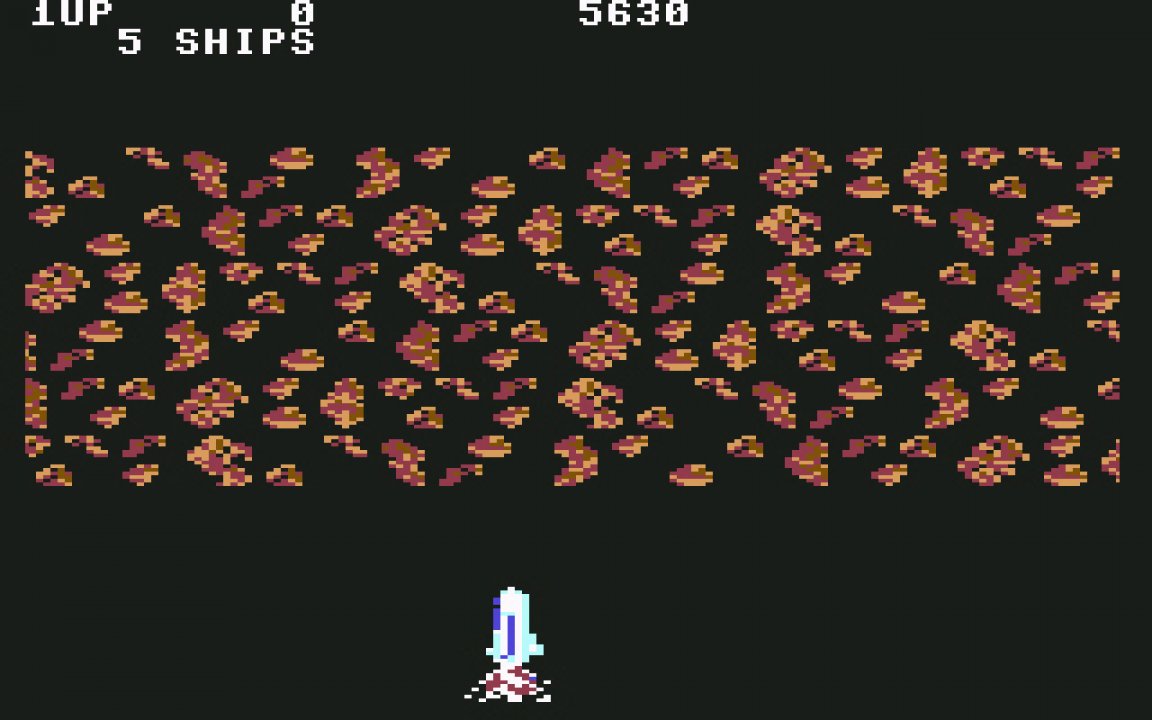 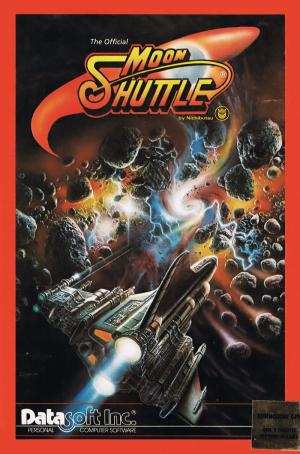 Aliens have invaded our asteroid belt! It's up to you to get rid of them. Your space ship on the bottom of the vertically scrolling screen dodges and shoots at asteroids, hostile ships and the like. By moving left and right and firing rapidly, first you must clear a path through the asteroids. Only then you can take on the alien craft. Pushing up on the joystick increases speed, but crashing into an asteroid means death. A bonus is awarded if you pass through unscathed. Once on the other side, the aliens attack from the top and sides of the screen and drop missiles. The first wave is just a teaser. Progressive waves are more aggressive and harder to kill. If you destroy a certain number of aliens, more asteroids must be avoided or destroyed, followed by yet another alien attack, and so on, until eventually all are defeated or you have no more lives. 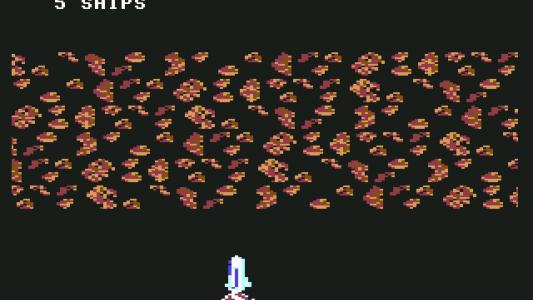