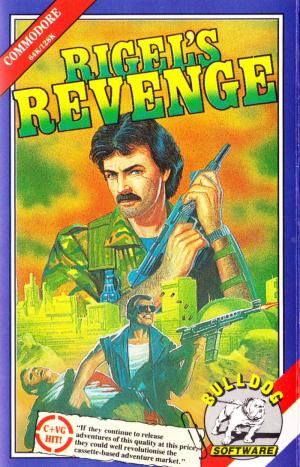 The Re-Unification War is in full swing throughout the 22nd Century Galaxy, during your career as reporter Harper. When you are sent to Rigel V, your partner Elliott is killed by a bomb, and attempts to communicate some instructions to you as he fades. You catch part of them, telling you to proceed eastwards, disarm a device protected by andriod guards, and find a light-guide. In this text adventure, you set about doing precisely those things. Solutions have a sense of realism - you have to dive to avoid bullets and use a mine detector. Objects include an Identicard, a Jetcycle and dipswitches. Input is mostly VERB NOUN, but a few commands require fine-tuning.