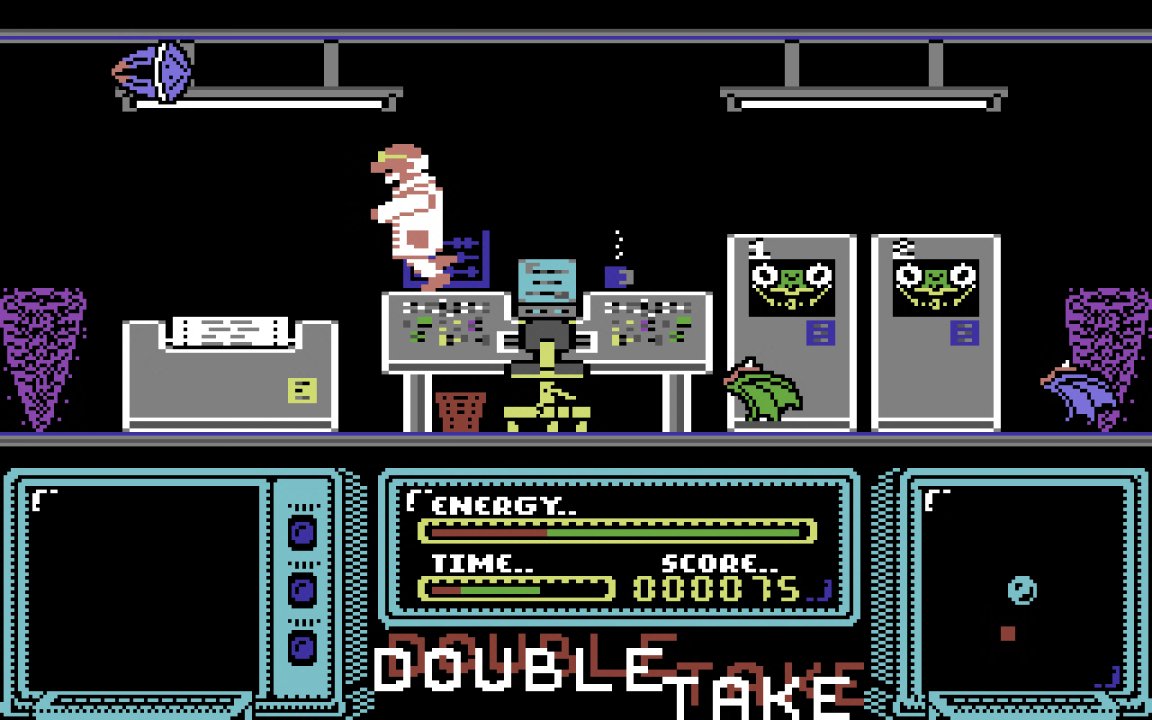 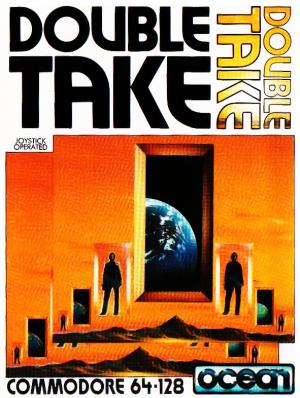 A shoot-em-up game. You are a professor who can fly around. The game play area is divided into different kinds of rooms. There are two parallel universes (the "good" and "bad" - or "modern" and "ancient", if you prefer - versions of the universe), and you get sent from one universe to another at times. Part of the game is to collect items from these mirror worlds that have been swapped, and return them to their correct places, thus restoring the balance. In addition to this, you also need to shoot a lot of aliens before they shoot you, culminating with the fight against the big alien end monster. 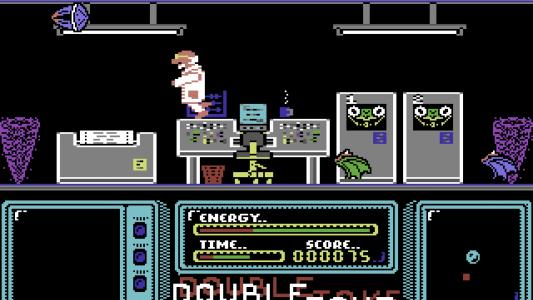