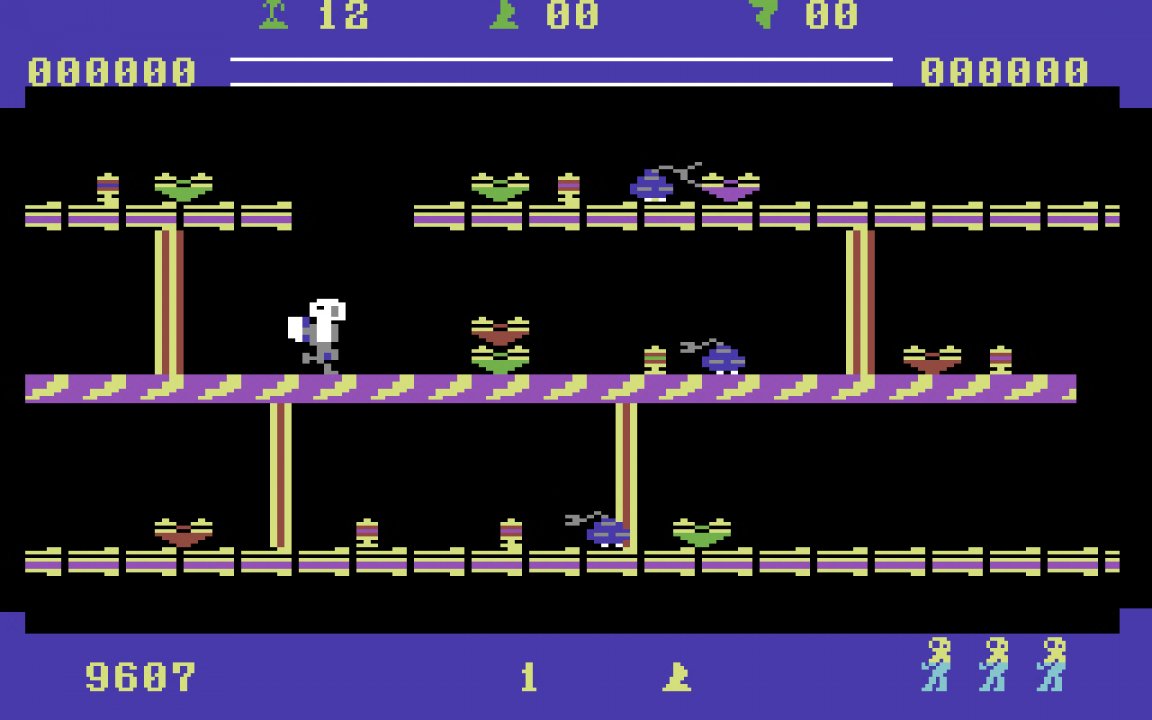 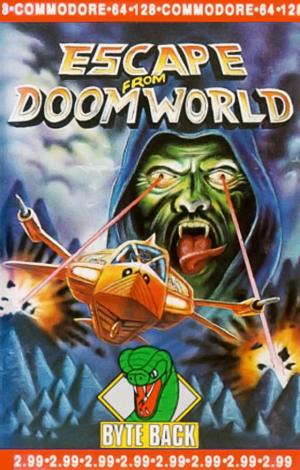 Escape from Doomworld is a three part game where you are tasked to rescue as many Scientists from the planet Helcara in the Brithya Sector who are stranded. An enemy force has penetrated the sector and built a base on the planet close to the research establishment housing the Scientists who have been captured. The Scientists who evaded capture are now stranded and need you to rescue them before they are captured. Before you start the game you are able to select the speed of the timer on each part and if it reaches zero then it is game over. The three parts to the game contain the following: Part One: The first part is a flick-screen platformer which has you collecting energy cells to fill up an energy gauge as well as a key and weapon. The screens are split into three levels and you have to jump up to reach a higher level while avoiding the many creatures that move around each screen. If you touch any creature then you lose one of seven lives but any cells collected are kept. Once the gauge is full and the other items collected then you move to the next part. Part Two: You are now in your spacecraft in this side view scrolling shooter where the screen scrolls to the left or right when you move your craft. There are 12 Scientists who have to be collected from the surface of the planet and taken back to your base at your starting point. As you fly there are various aliens that appear and these need shooting or avoiding because if you touch them then you lose a life. Your energy gauge that you filled in the first part now decreases but you can collect fuel pods that fly on the screen to keep your energy up or you lose a life when it is empty. You can only carry four Scientists at a time but if you are killed when carrying any then they are lost and when all Scientists are collected dead or alive then it is on to the final part. Part Three: The final part is a side view single screen game where you are once again in your craft trying to collect three bombs to save the planet. There are various columns and in between the gaps are the bombs and you have to fly through the gaps without touching the columns to collect all three. Also on screen are more aliens and these have to be avoided and once all three bombs are collected then the mission is complete. 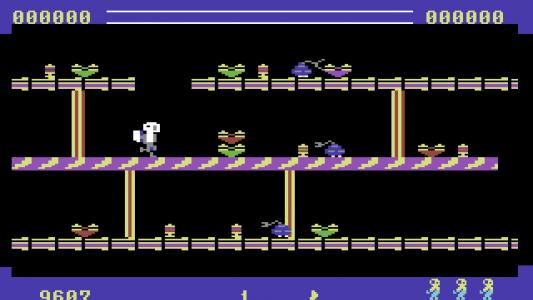