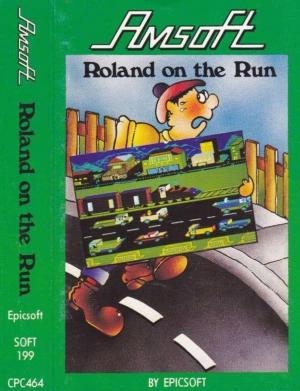 Roland on the Run

Roland is one of gaming's oldest mascots and yet has never achieved the levels of fame of other veteran mascots such as Pac-Man or Frogger. Why? Well, games like this can't have helped his cause! In my opinion, the worst of all the Roland games, this one-screen affair works a bit like Frogger in reverse, in that you have to jump from a train at the top of the screen on to the back of two lanes of passing trucks, before jumping into your hideout at the bottom. And the game's about as interesting as that concept sounds. Somehow losing any of the magic that Frogger had, it's unbelievably boring, and has sound effects that make white noise sound like a beautiful melody. All I can say in its favour is that its one screen is very colourful.