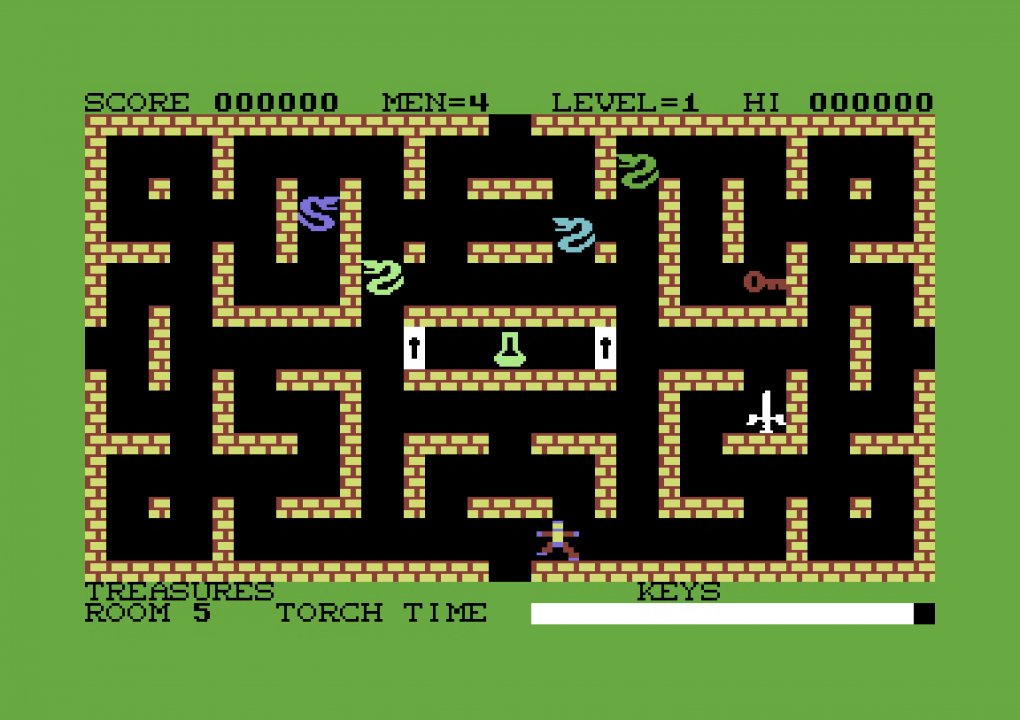 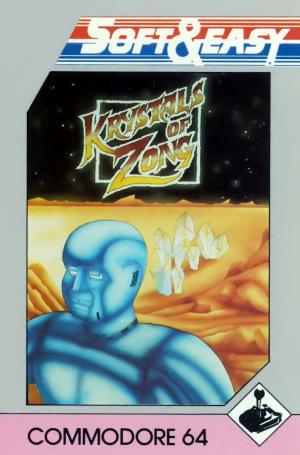 In this game, the player must gather the treasures for all eight levels. But to be able to enter the treasure caverns, the player is required to collect certain keys, and open the doors in which the key's color matches the border's. These keys are collected in other rooms. If the right key is obtained, the player is able to pass through the doors, enter the cavern, and get the treasure. While searching the rooms, you can also get swords that you can use to kill snakes, bats, spiders, and mummies; and the torches to see. Besides treasures, other things that you can get in the caverns are pixie boots which you can get for extra speed, and two potions - one for teleportation, one for invincibility. There are eight levels in the game, and going up ladders take you to the next level. 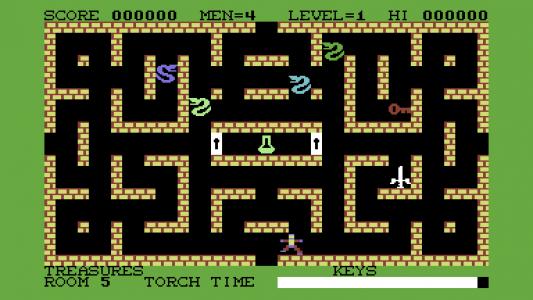