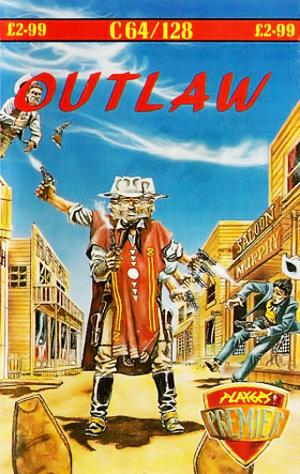 Outlaw is a vertically scrolling shooter with a Western theme, similar to Gunsmoke. The player takes the role of a bounty hunter who has to bring four desperadoes to justice. They can be tackled in any order and if all are defeated, a fifth level emerges. The gameplay offers no surprises: shooting masses of enemies until reaching the end of the level. The player can shoot barrels to receive extras, e.g. boots for extra speed or a rifle for a better range. Dynamite destroys every enemy on the screen. 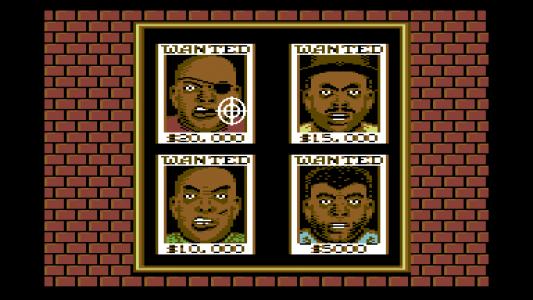