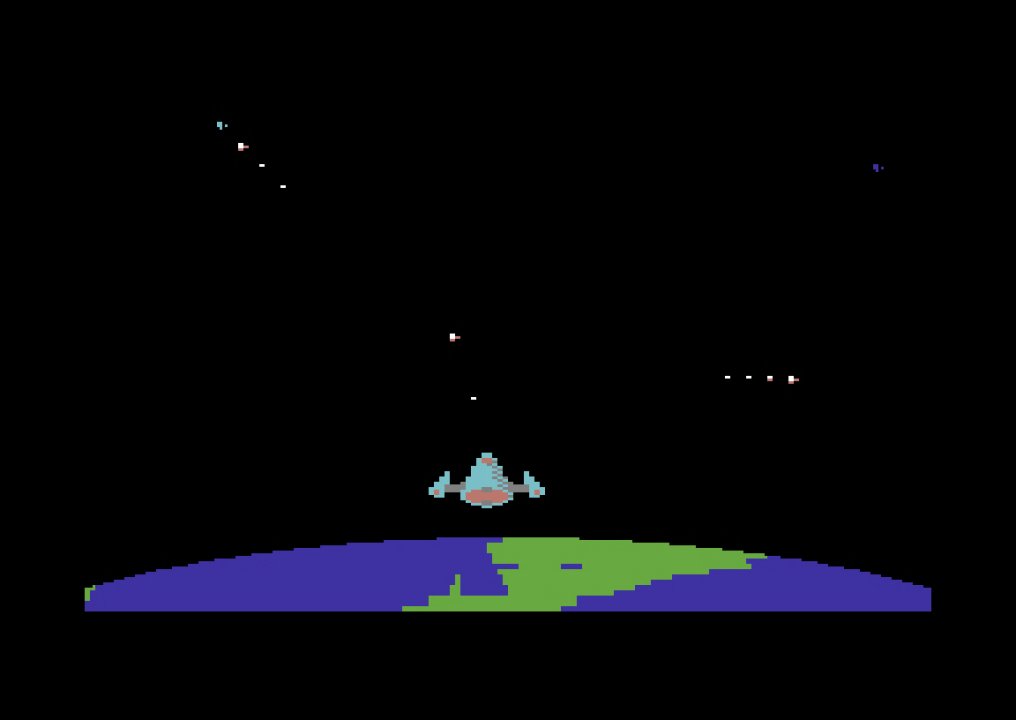 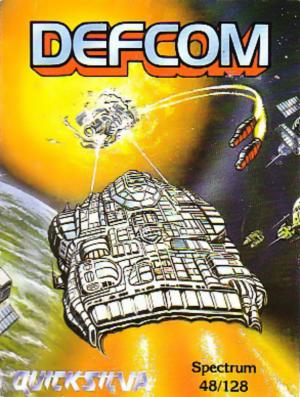 Thanks to Earth's Star Wars Defence System, there hasn't been a war for years. Problem is a race of aliens are using the system to destroy eight major cities. The player, as Captain Nick Diamond, has to fly an EagleClassE751 over Earth and destroy the aliens and the satellites. Collect 1000 and Nick gets an upgrade to double lasers. While fighting Nick will be told which continent he is over. Defcom is a 3D shoot-em-up with a third person perspective from behind the ship. Aliens and satellites come towards the ship from the distance. Earth is seen at the bottom of the screen. Pushing the joystick left and the ship swings to the right and vice versa. Pressing the fire button fires the ship's weapon. While in the heat of battle the player can press space and a menu appears. Here the player can select a weapon, see his or her score or see the ship's energy and cities being hit. While paused the player can't fire but can still be destroyed. 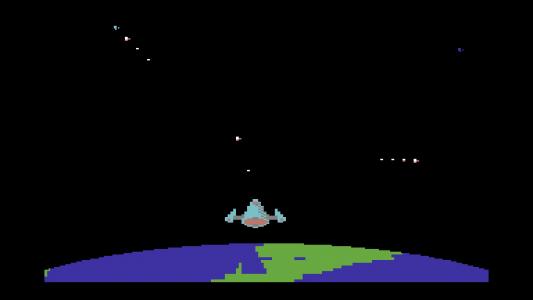