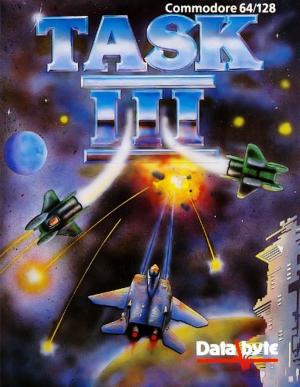 The Cybernetica Galaxy is under threat in the year 6038 from an evil Emperor years after he attempted and lost the war for the Galaxy. You play as Prince Troma who has been sent in his spacecraft to the Emperors star system to destroy all his forces over 16 levels. You have a laser to shoot but there are various platforms scattered over the levels which give you power-ups, these include lasers that fire in various directions, a protective orb and the ability to slow down the enemy. You will face waves of aliens and you must avoid them and their bullets or it's the loss of one of three lives. Any structure or obstacle must also be avoided or it's a loss of life. Each level must be completed within a time limit and you receive bonus points if you die or complete a level. Task III is a vertical scrolling shoot-em-up viewed from above with the control of your ship similar to the one in Uridium where you control the speed of your ship and you can turn the ship around to fly the opposite direction as the screen scrolls where you move. The game is a one or two player game and each player takes it in turns when the other player loses a life. The joystick is used to control your ship. 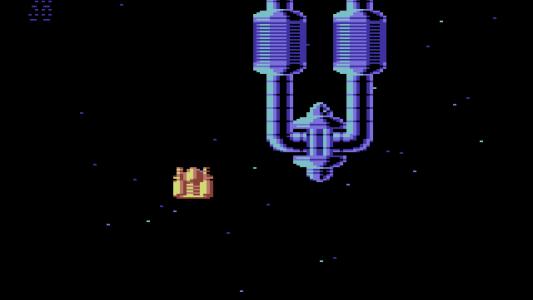