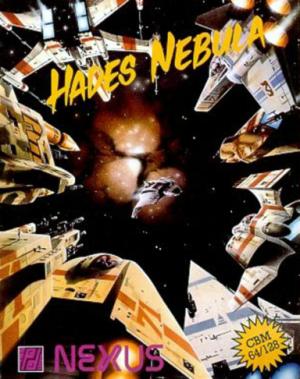 Hades Nebula is a V-shooter first released in 1987. The typically short and not too inventive background story can be told in a few sentences. A fleet of 10 colony ships from Earth is exploring some remote corner of the universe. Evil Emperor Hades of Planet Sodini is informed of the earthlings' arrival by his spies and plans an ambush.