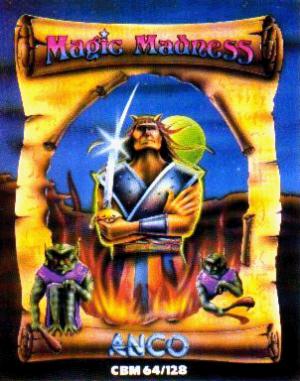 In the magic country "Nevermore" ruled four magicians, which wrote down their knowledge in secret scripts until one day the warlock Colo made it to steal them and kill the white magicians. Now fear and horror reigned the country. But there was still some hope. A good witch, who had been apprentice to the magicians, knew of the magic scripts and how the mighty Colo could be defeated. Armed with a magic wand and a bow the brave witch set out for the dangerous way to Colosbau.