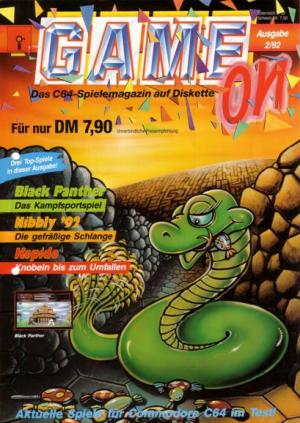 Nibbly 92 is a new edition of the classic Nibbler, which - together with games as Pacman and Space Invaders - marked the entrance into the world beyond the screen for thousands of computer freaks a long time ago. In this game you control the worm Nibbly and need to eat all drops in the round. But with every drop Nibbly gets longer and you neither are allowed to crawl backwards nor touch you own body. When all drops are eaten you get into the next level. Super Nibbly is a sequel to this game, which was also released by the CP Verlag 2 years later.