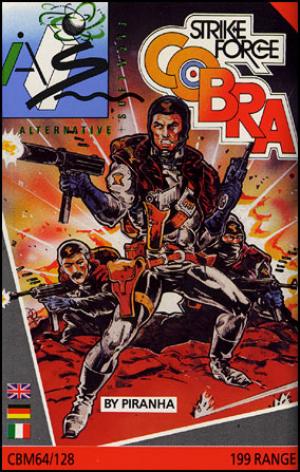 A crazy scientist who is only known to the secret services under the code name "The Enemy", recently developed a new type of nuclear bomb with an explosive force that could reach immense dimensions. Allegedly, one can destroy all of mankind with this single bomb. The Strike Force Cobra, a four-man unit that is under your command is now supposed to stop this super-villain. This is most effective and safest by destroying the bomb that is stored deep in the underground lab of the crazy professor.