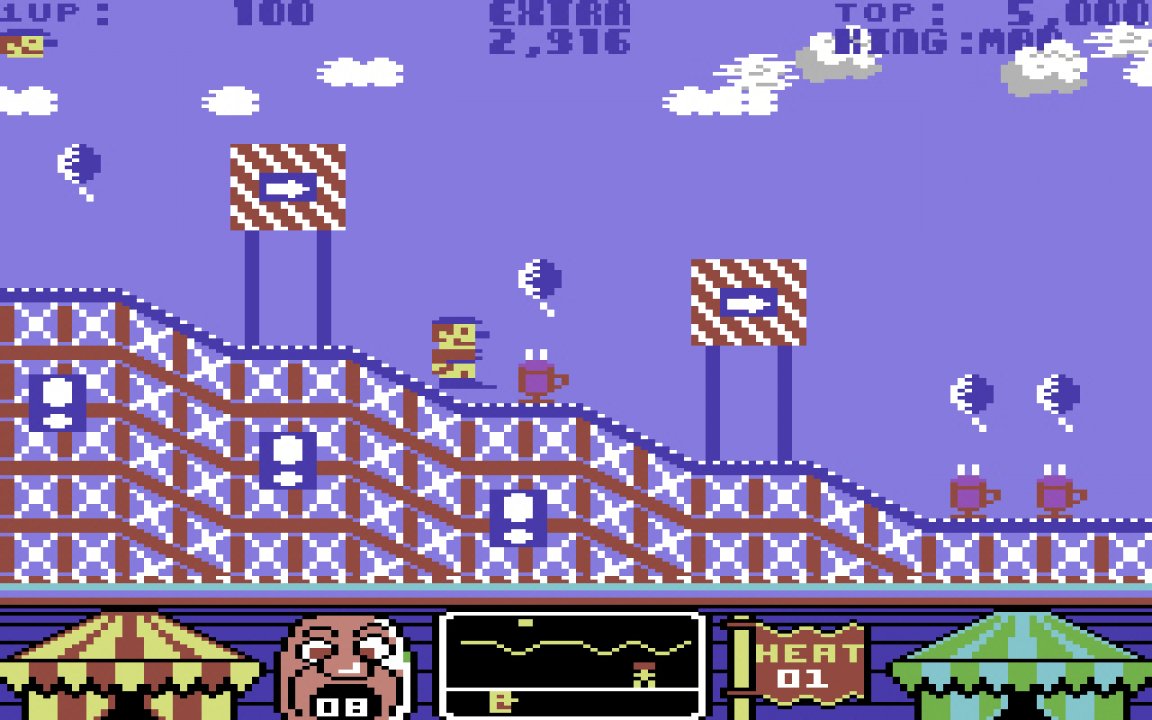 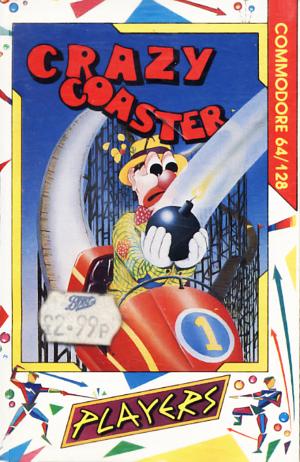 You are a clown and it is your job to try to stop a crazy bomber from blowing up and destroying a local fairground's rollercoaster. The game is flick-screen and viewed from the side as you move left or right on top of the rollercoaster. Below the rollercoaster is a scanner and this shows your position, position of the bomber and the position of a bomb. When a bomb is placed it moves upwards, bounces off the top of the screen and moves downwards and if it hits the track then you lose one of three lives. You have to run along the track to the correct part of the coaster and touch the bomb. Once you stop enough bombs then you move to the next level. As you progress through the levels, obstacles and creatures start to appear and these must either be avoided or shot with coconuts, and these include rollercoaster cars, boppers, flappers and shox. Also on the tracks are items that can be collected for bonus points. Two players can play and each player takes it in turns when the other player dies. 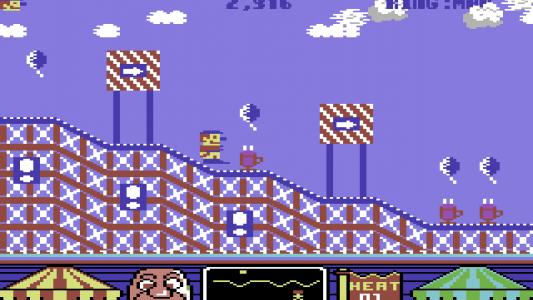