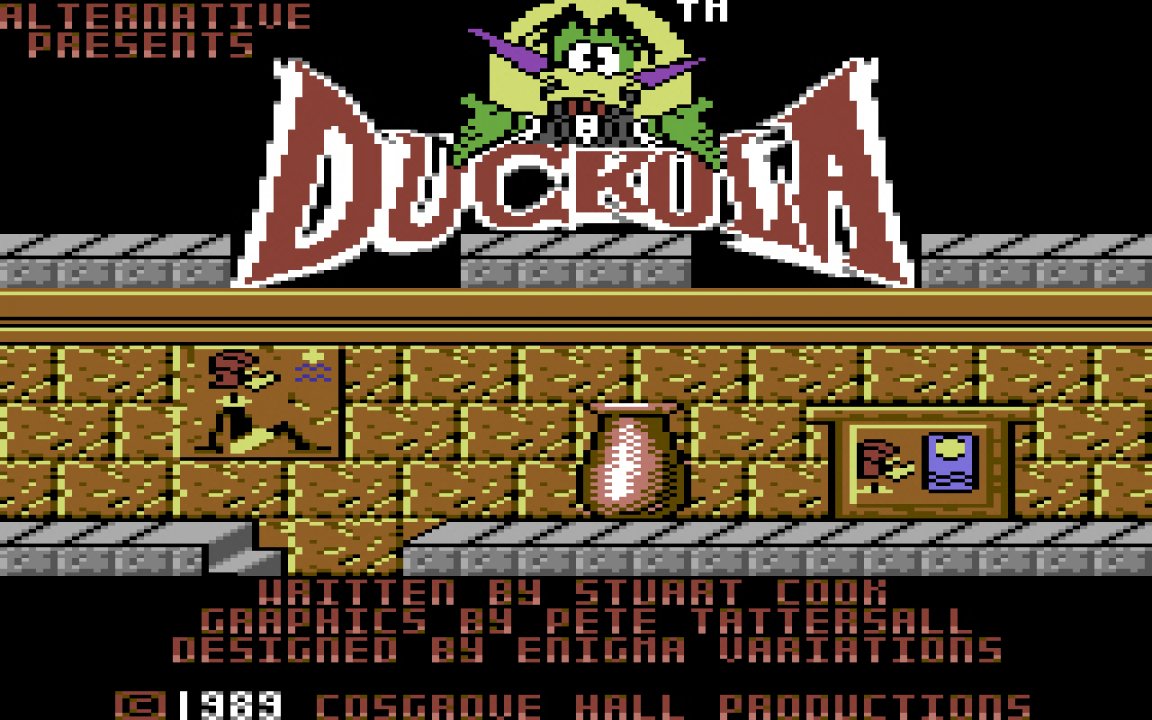 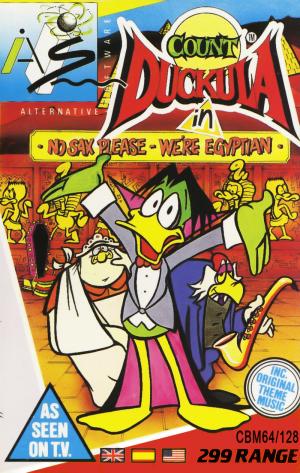 Count Duckula (in No Sax Please - We're Egyptian) is a 2D platformer with adventure elements. The game is based on "Count Duckula", a British animated television series. Count Duckula with his servants Igor and Nanny have brought their European style castle to ancient Egypt. Once there they set their on the Sax, an ancient Egyptian saxophone with magical powers. The Sax is hidden in the pyramid tomb of the pharaoh Upanatem, deep in the burning desert. Cont Duckula's rivals the Crow Brothers inadvertently hitched a ride on their time travel and are preparing their own expedition to foil the vampire duck. Players control Duckula. The count must explore the pyramid, solving puzzles and collecting useful items, while keeping an eye out for wandering mummies and crows. Duckula must avoid the mummies, falling rocks and the Crow Brothers. If the count is touched by any of these then he is "frozen" and the clock advances by one hour. Duckula can pick up various useful items; if you don't want an item then Duckula must jump over it. Duckula can carry only up to three items. 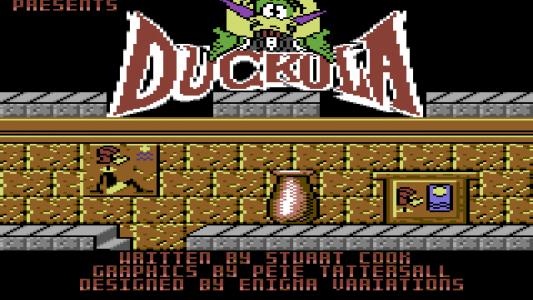