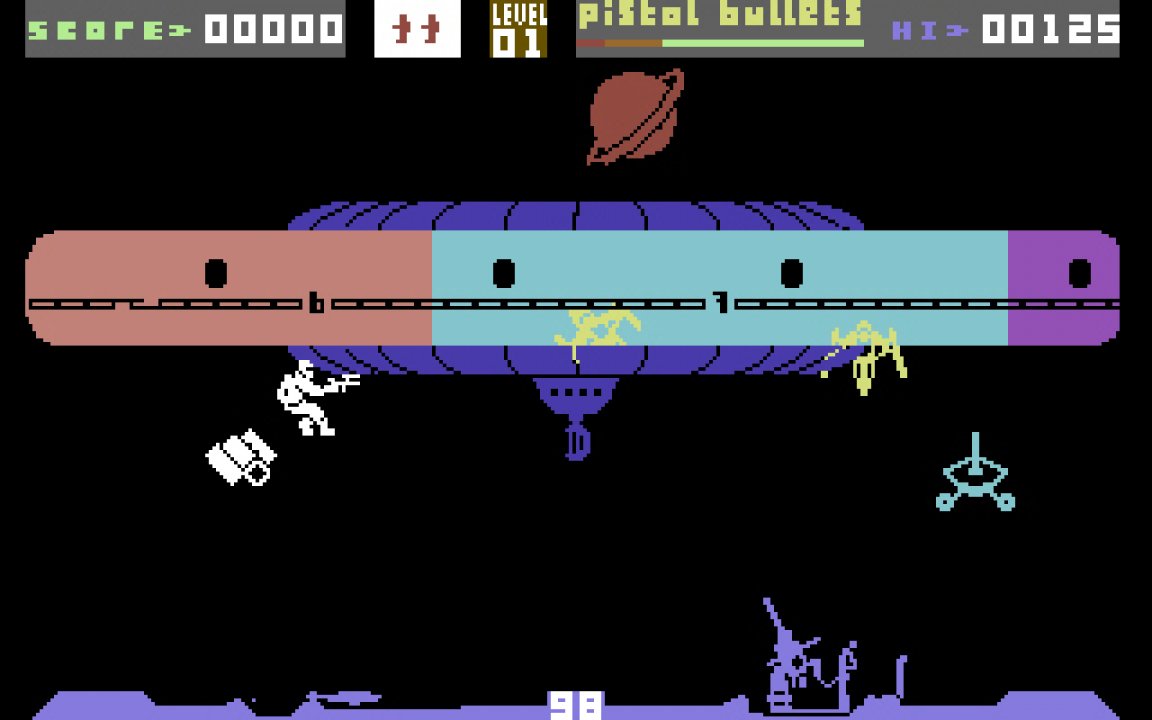 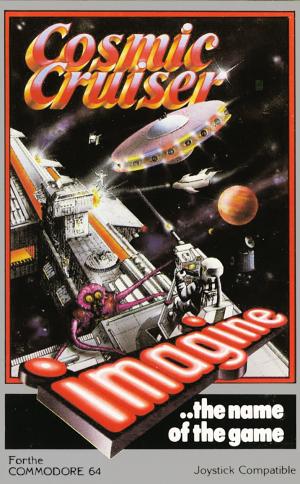 The Rallom Empire's plan to invade Earth has taken a step closer as they have taken over a space station belonging to Earth in a far flung area of space holding all the crew hostage. You are the pilot of an out-dated Cosmic Cruiser flying in the area so you have been given the mission to rescue the crew from the station in what could be a suicidal mission. As you approach you realise that your only plan is to leave your ship in your space suit and blast as many portals as you can on the spinning station from your roof mounted cannon. You then need to get crew members out and take them to your ship over various levels. Cosmic Cruiser is a side view single screen shooter where you can move your hero in multiple directions but once he is moving he can't stop so you can only adjust his direction. The cannon is on the bottom right of the screen while the station is above and moves up and down. The portals move from left to right on the station moving around the station and you have to fire at them to open them sitting at the cannon. Once you have opened some portals you have to fly to one and pull a crew member out who will float around the screen and once you grab them, then you take them to an open hatch on the bottom left of the screen. As you shoot and fly there are Rallom Fighters who move around the screen and try to bomb or touch you, you are immune while firing the cannon but will lose one of three lives if you are hit while flying. As the portals open then some Alien Warriors will appear and try to grab a crew member back if they are outside the station and will also try to kill you. You can kill them with your pistol but ammo is limited and you lose a life if you are hit by these or they take a crew member back to the station. A level is complete when a timer reaches zero and you receive bonus points for any crew member rescued and your ammo level is full again. 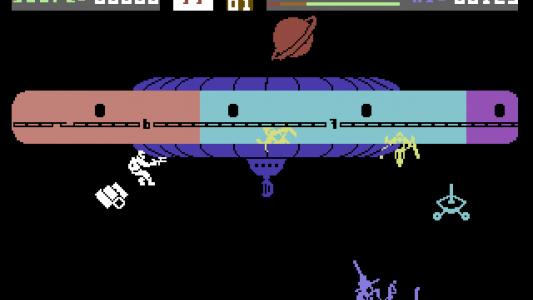