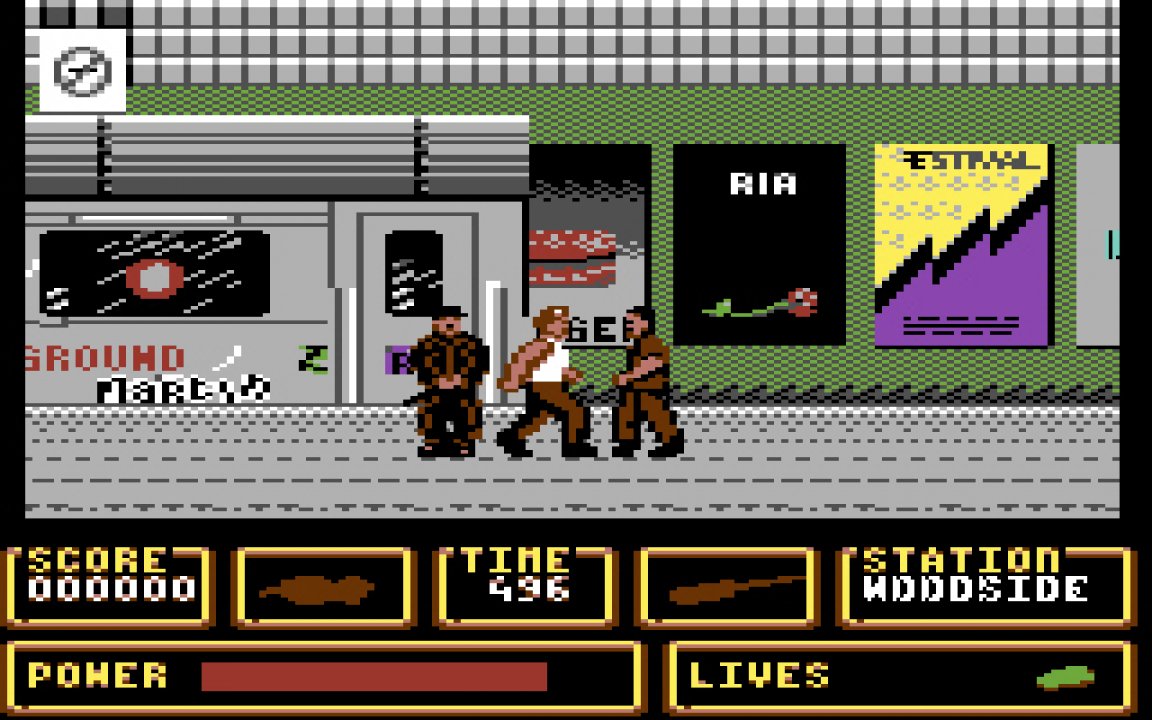 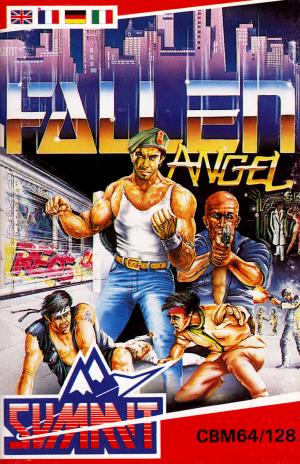 Fallen Angel is a side scrolling fighting game similar to Double Dragon. You play the fallen angel, sent on a mission to locate the leader of a drug distribution network. Beginning in the London underground, each level will present you with two tasks to complete: find a plane ticket to reach the next level, and destroy the ring leader of the area. To do this you will need to fight the (often well armed) thugs found in the various underground train stations and on the trains themselves. Each level consists of several stations; when all the thugs in a station are defeated, you may get on the train to go to a different station. The plane ticket you are searching for may be found in any one of these stations, and the level boss will be found in the last station. You are free to complete these two tasks in any order you choose, and don't need to visit the stations in any particular order. Fallen angel has the ability to perform a variety of kicks and punches to deal with the bad guys, and can occasionally pick up weapons. 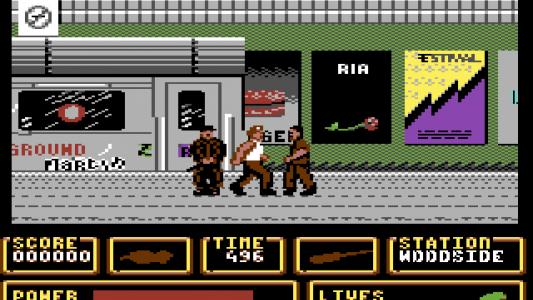