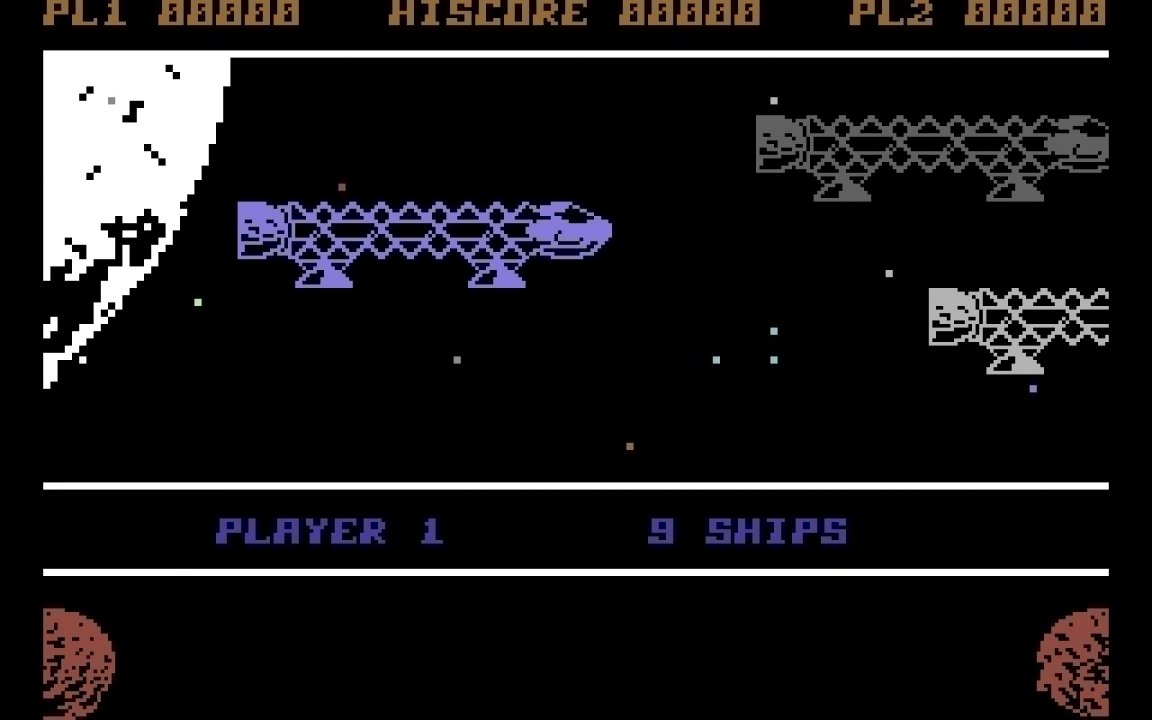 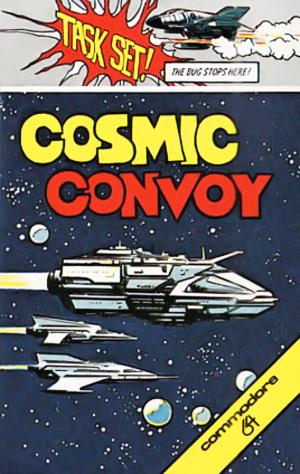 Cosmic Convoy is a side view horizontal scrolling shooter where the screen scrolls left or right when you move your ships. The System Coman is in difficulty, with the various planets within, needing supplies, and so a convoy of relief ships are moving between the planets dropping off the essential supplies. Your mission is to control a squadron of three ships to protect the convoy from alien attackers as they make their way to the next planet. As well as moving up or down, you can move to the right or left of the convoy to intercept any fighters, but not moving left or right, sees the convoy slowly catching up to your ships. Below the main playing area is a long range radar showing two planets either end of the radar, the position of the convoy ships and the waves of alien attackers. You must blast the aliens before they reach the convoy and sometimes aliens will attack from behind the convoy. You must avoid touching the aliens or getting hit by they weapons as you lose a ship and once all your ships are destroyed then you receive another squadron with only one more squadron remaining. If the aliens manage to crash into a relief ship then it is destroyed and it is game over when all the relief ships are destroyed. Once the convoy reaches the next planet, you receive a medal and bonus points. Two players can play and each player takes it in turn to play when the other player loses a squadron. 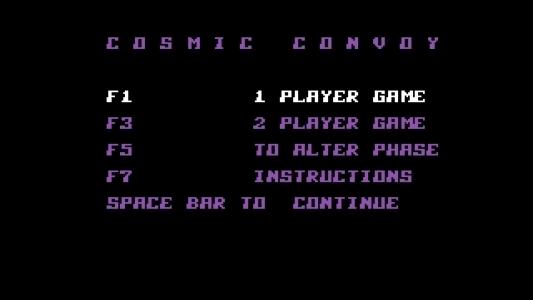 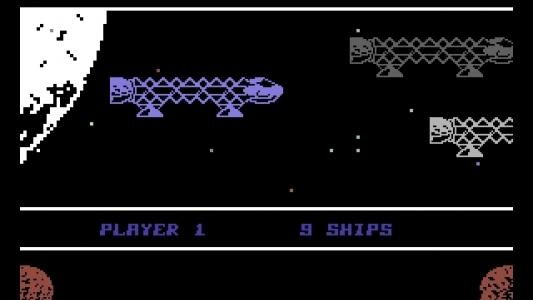