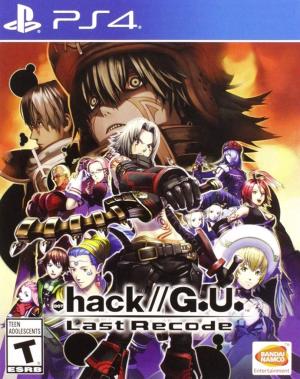 remaster of .hack//G.U., a single-player action role-playing game series from the PlayStation 2, developed by CyberConnect2 and published by Bandai Namco Games. The remaster compiles elements from all three .hack//G.U. games: .hack//G.U. Vol. 1//Rebirth (再誕 Saitan, lit. "Resurrection"), .hack//G.U. Vol. 2//Reminisce (君思う声 Kimi Omou Koe, lit. "The Voice that Thinks of You") and .hack//G.U. Vol. 3//Redemption (歩くような速さで Aruku you na Hayasa de, lit. "At a Walking Pace"). .hack//G.U. Last Recode will include a brand new volume .hack//G.U. Vol. 4//Reconnection (あるいは世界を紡ぐ蛇たちの見る夢 Aruiwa sekai o tsumugu hebi tachi no miru yume, lit. "Perhaps a Dream of the World-Weaving Snakes") that happens after the events of Vol 3//Redemption.[1] As in the previous .hack games, .hack//G.U. simulates a massively multiplayer online role-playing game as the player controls a character who starts playing it. It has Dual Audio option with English and Japanese voice-overs along with English, French, and German subtitles. The story focuses on a player named Haseo who hunts a player nicknamed Tri-Edge who defeated his friend Shino and left her in a coma in real life. Haseo comes into contact with other players who know of Tri-Edge and wish to stop him. The reason for Shino and several other players falling into a coma is connected with AIDA, a mysterious computer anomaly that infects the characters.