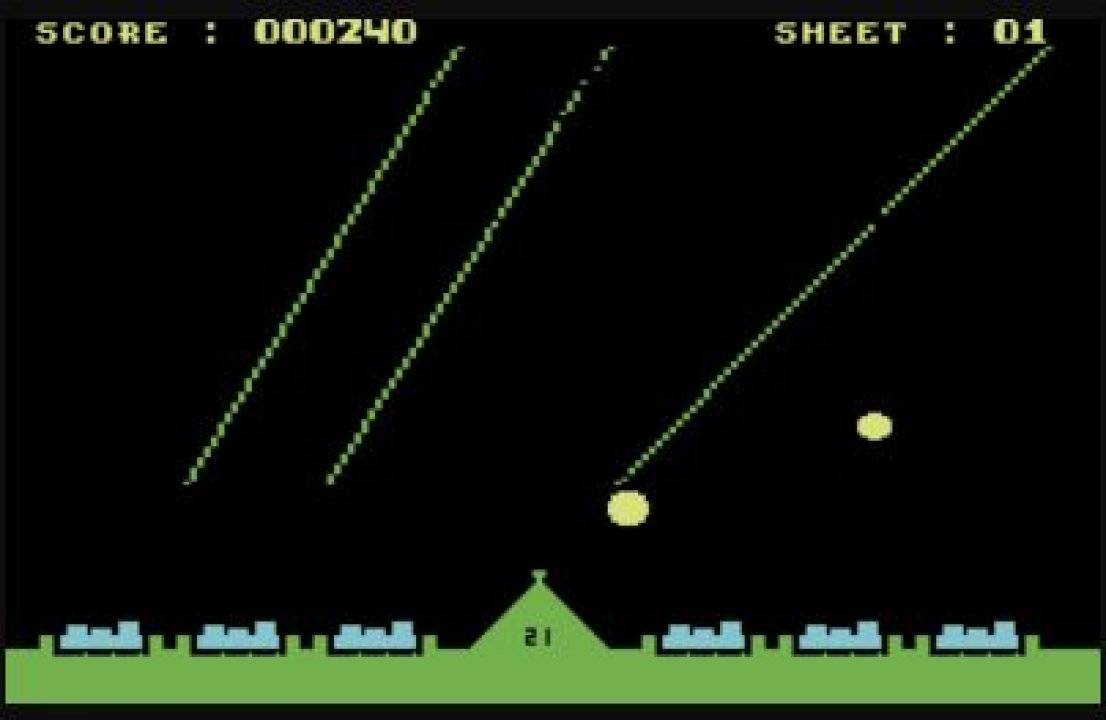 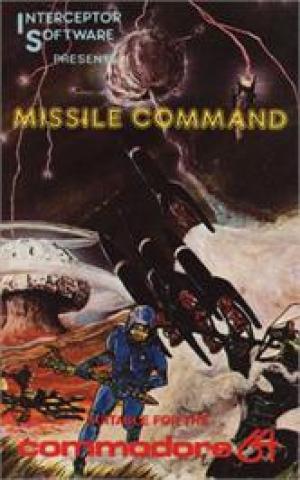 Missile Command is a side view single screen shooter based on the arcade game of the same name where you have to protect six cities on the bottom of the screen, on the planet Eetalamer with a missile base between the cities. The enemy are sending I.G.L. Missiles which move from the top of the screen downwards, leaving behind a trail and you must stop them hitting the cities. You fire a limited amount of missiles one at a time and you control a cross-hair to show where the missile should explode. Once the missile explodes it creates a fireball which expands and if a missile hits the fireball it is destroyed. If a city is hit by the enemies missiles then it is destroyed and stays destroyed for the rest of the game. Once all missiles have been destroyed or hit the ground you receive bonus points for any remaining cities and missiles and if any cities left you move to the next level. Planes and satellites occasionally appear on the screen and these can be destroyed for bonus points. 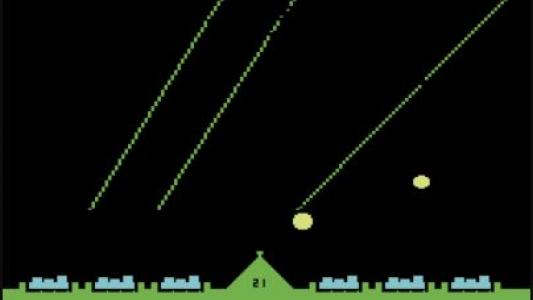