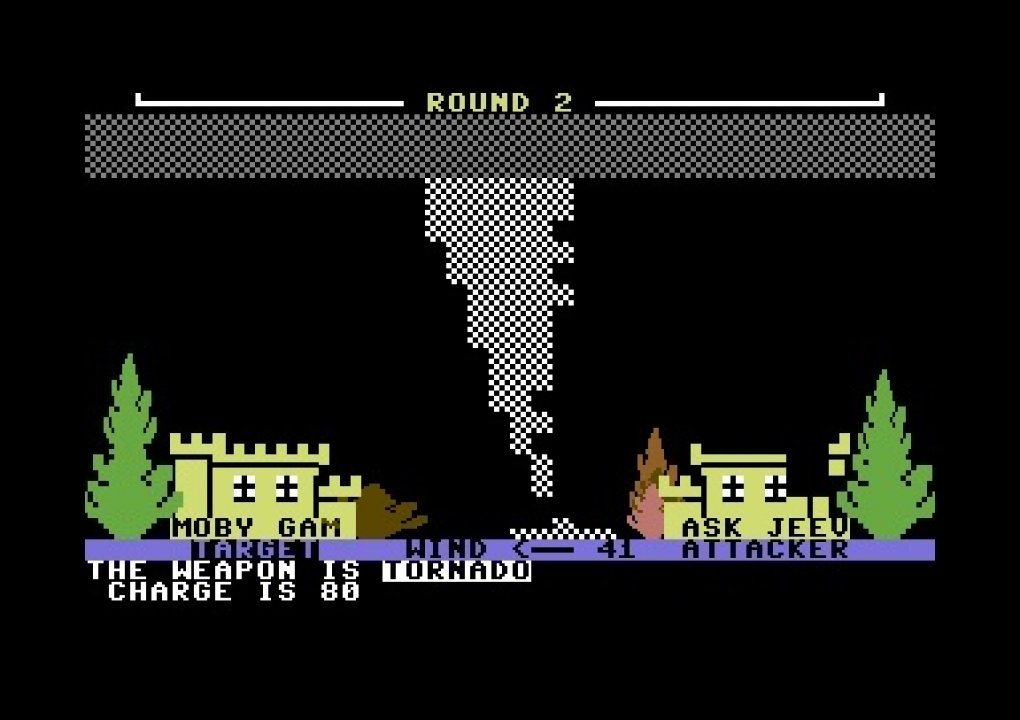 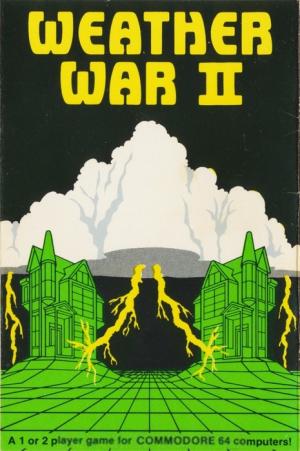 In this game, an enhanced clone of Ouranos!, feuding sides again settle their disputes with aggressive weather patterns. On opposite sides of the screen, two players with some pull over local weather conditions take turns assaulting each others' castles with their pick of hail, rain, lightning or tornadoes. These attacks emanate from an itinerant cloud drifting variously across the top of the screen, and must be directed by a numerical "charge" value from -150 (very left) to 150 (very right) intended to account for a shifting wind speed and the location of the cloud. The winner is whichever party completely obliterates their opponent's abode first. Beyond the enhanced graphics (still rendered with a text mode character set, but now with awesome colour!) this version's major gameplay addition is the Act of Nature, a random attack of a random weather type at a random location that sometimes does (and sometime doesn't) occur between player's pot-shots at each other. 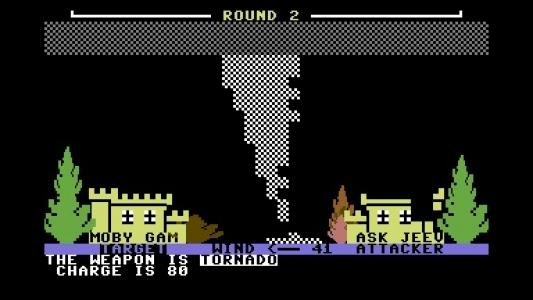