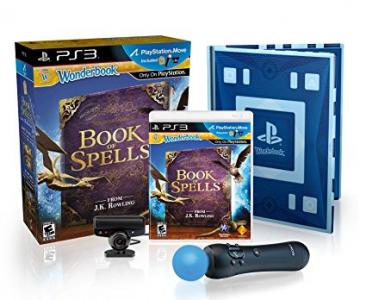 an augmented reality video game for the PlayStation 3. It was developed by SCE London Studio in conjunction with J. K. Rowling as a companion to the Harry Potter series. It was introduced at the Electronic Entertainment Expo in June 2012 and is the first release for the Wonderbook. It is based on Book of Spells, a fictional book by Miranda Goshawk released about 200 years from the event date. It was released in the United States on 13 November, 15 November in Australia, and 16 November in Europe.[3] The game received mostly positive reviews from critics, praising the use of augmented reality and the PlayStation Move, while criticizing the game's short length.