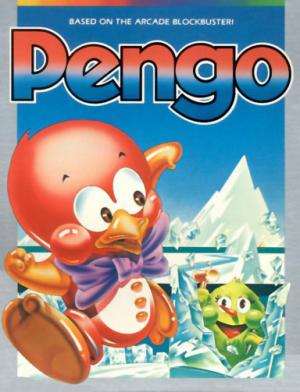 PENGO has you playing as a penguin who must survive various mazes made of ice for two minutes to move on to the next maze. The whole of each maze is shown on the screen as you try to avoid other creatures and also try to get as many bonus points as possible within the two minutes. Bonus points are awarded for lining up diamonds in a vertical or horizontal line, and also for killing four or more creatures within one minute. To kill any creatures you can push blocks of ice towards them to crush them, but if you touch one you lose one of four lives and a new maze layout appears. Blocks of ice can also be removed by pushing against them if they are next to another block or the edge of the maze.