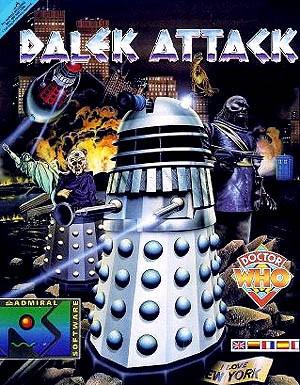 In this game you play the role of the Doctor from the BBC science fiction program Doctor Who. The story sees you trying to stop the Daleks from invading earth with help from your companions. The gameplay starts with you flying along the sewers of London on a hover platform blasting monsters with your laser. In later levels the gameplay turns to on foot platform jumping and shooting Daleks and Robomen with your sonic screwdriver and grenades. There are three different incarnations of the doctor for you to play as well as three different companions for a second player to play co-operatively