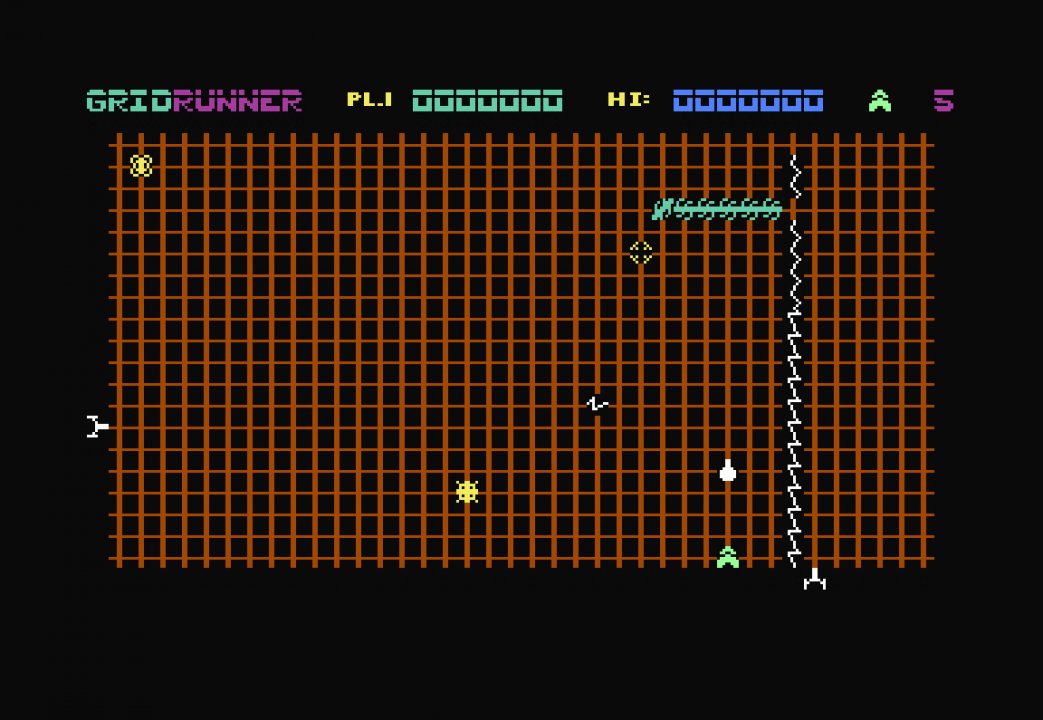 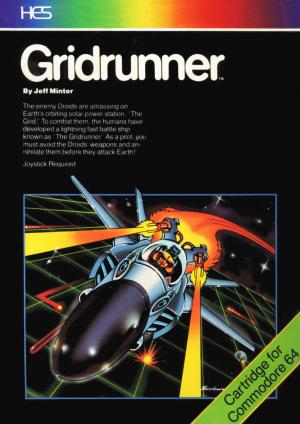 This is an arcade game in the style of Centipede. You control a ship, at the bottom of a grid. Moving toward you in a zig-zag is a chain of pods. The object is to shoot them before they get the ship. As the pods are shot, the dead pod remains on the screen, as a blocker to your bullets. The live pods on either side form two new chains, both moving toward you. Further complicating the game are two guns outside the grid, shooting at your ship from beneath and from your left side. You are able to move into the grid, toward the pod-chain, to avoid the guns. The combination puts pressure on you, from front, back and the side. 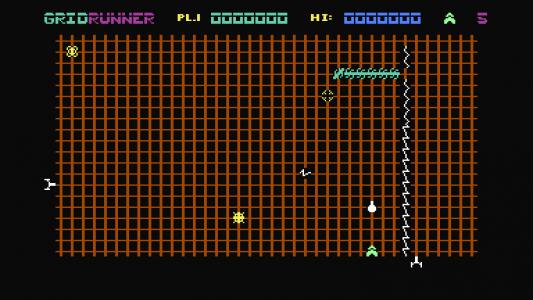