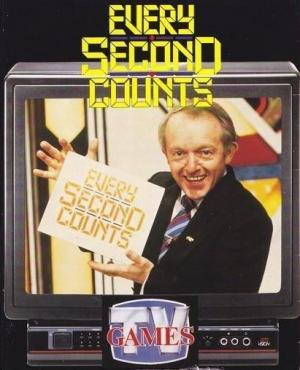 When Paul Daniels says "You're right", you collect seconds rather than points. Up to three couples or six individuals can play and the fun starts with "True or False" rounds. As in the TV Show, a bonus round comes next to gain those valuable seconds. Next, the winner takes part in the Grand Final but all those valuable seconds collected during the game are ticking away. The more seconds you gain, the easier it is because "Every Second Counts". Every Second Counts (The Computer Game) --------------------------------------- This computer game is a simulation of the popular BBC TV programme hosted by Paul Daniels, in which couples answer questions in an attempt to gain as high a score as possible. The game can be played by up to three couples, or up to three single players. Single players however play with a fictional partner to make up the required couple. Selection of Players: --------------------- First you will be asked to enter the number of teams. You will then be allowed to choose one male and one female character per team. These will be your characters throughout the game. To select a character, move the "gauntlet" to the character you wish to select using the left and right keys then press select. You will then be prompted to enter a name for the character. Once selected a character cannot be deselected.