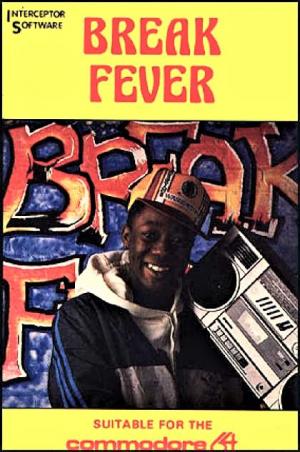 Break Fever is a single screen game viewed from the side based on the 80s dance craze, Breakdancing where you are given various moves and you have to perform them before two judges. Before you start dancing you can change the colours of yours and the judges clothes before being presented with your first move. After being given a move you must use joystick combinations to perform it while a energy gauge increases. Once you have used your energy then you are given a comment by the judges like 'Your bad news' or 'Murder'. Some of the moves you are given are the 'Space Shuttle, 'Turtle' and the 'Head Spin'. Once all the moves have been attempted you are given a final rating before you can attempt them all again. On the B-side of the cassette was a music mix to play in your stereo while you played the game