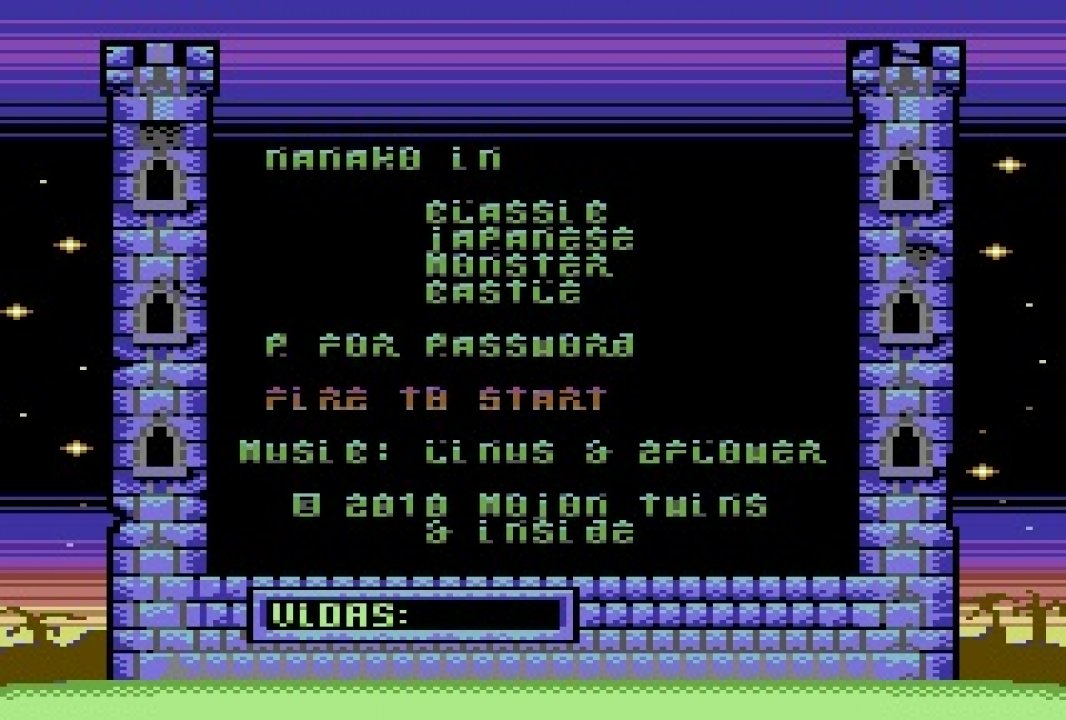 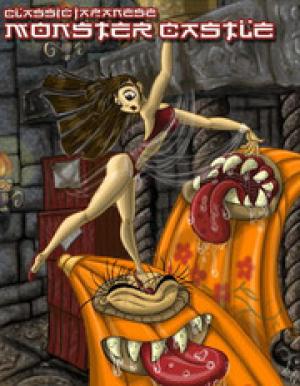 In this game you control Nanako using the joystick plugged into port 2. The game consists on 25 levels, each one representing one of the floors in the tower. In each one, to reach the following level you have to literally build up your path to the top of the screen. This can be achieved via Nanako’s ability to carry boxes (only one at a time) and drop them elsewhere. In each screen you’ll find a Karakasa. Nanako is able to walk over a still Karakasa, but if it moves Nanako may fall from its head and be ensnared in its vicious claws beneath, losing a valuable life. However, to be able to use a Karakasa as a platform to jump from and reach higher is essential in some of the levels. Another useful ability Nanako possesses is to release a box during a jump, causing the box to appear where she is and stay floating in the mid-air. It's very important to master the ability of dropping the box at the highest point of a jump, so as to gain fast access to upper levels. At the beginning of each level a password is given (using the Kun alphabet - see below) which can be used to access previously beaten levels instead of having to start over once and again. Use LEFT/RIGHT/UP/DOWN to write the password and JUMP to validate it. 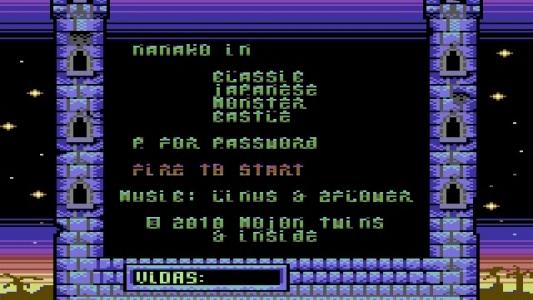