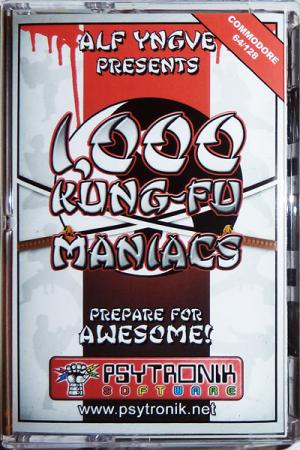 You've heard of Karate, Kickboxing, Judo, Ultimate Fighting, Soccer Fan. But few have heard of the ART OF AWESOME ... Or its supreme champion, the MASTER OF AWESOME. We could go into the details of awesome, and how the master gained his rank by defeating the LORD OF THE BLAND in an epic showdown ... But frankly there is not enough time for all that. So let's get on with the plot. Ahem! One sunny day, the Master of Awesome was on a walkabout, in his quest for the world's most dangerous banana peel, when he came upon a crying child ... "Waaah!! The mean boys from Blapsville stole my toy robot!! Can you please, pleease help me get it back mister!" And the Master of Awesome, being devoted to helping the weak and downtrodden, said to the kid: "Don't be sad, kid, I'll bring back your toy, even if I have to search the entire city to find it. What's your name by the way?" "I'm Melvin. Melvin Podznofsky." And so, the Master of Awesome walks into the city of Blapsville to find Melvin's toy robot. 1,000 Kung Fu Maniacs BLAPSVILLE, POP. 10,001, home of the World's highest per-capita concentration of Ninjas and evil martial art schools, about 94 percent. Undeterred by the "VAGRANTS ARE SHOT ON SIGHT" signpost, the Master of Awesome crossed the city limits and entered Blapsville county. He had barely finished asking a group of Ninjas: "Excuse me, have you by any chance seen a toy ro ..." Then he got attacked. Thus began a day of violence, pain, misery, suffering and of course, destruction which makes a smashing computer game ... Or does it? ** GAME CREDITS ** Game design, GFX + SFX by Alf 'Master of Awesome' Yngve. Music by Jon 'Master of Audio' Wells. Enhancements by Richard 'Master of Magic' Bayliss. Packaging by Jason 'Master of the Universe' Mackenzie. ** GAME FEATURES ** Awesome weapon power-ups! Multiple levels to battle through! Fantastic soundtracks by Jon Wells! Detailed background graphics! Wacky Ninja battle action FUN! Mega-Boss Battle!