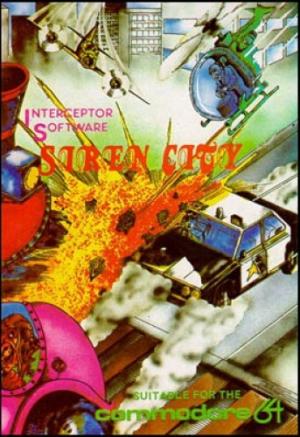 Siren City is a game for the Commodore 64 which involves the player taking the role of an American "cop car" patrolling the streets of dangerous Siren City. Siren City is one of the roughest towns in the whole of the U.S.A. Starting as a rookie driving through a maze of Skyscrapers and seemingly peaceful streets your job is to keep law & order but you are dealing with some of the toughest criminals not behind bars. These include Public Enemy No1 : Slit-Throat Steve, Public Enemy No 7 : Dune Buggy Jon and Dr J. Davies Ph.D, V.E.A.S.[