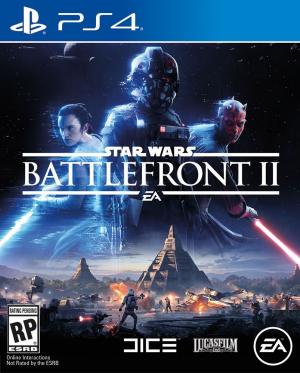 Star Wars Battlefront II is an upcoming action shooter video game based on the Star Wars film franchise. It is the fourth major installment of the Star Wars: Battlefront series and seventh overall, and a sequel to the 2015 reboot of the series. It is under development by EA DICE in collaboration with Criterion Games and Motive Studios, and published by Electronic Arts. Unlike its 2015 predecessor, it features a story-driven single-player campaign and multiplayer character classes; it also features cross-era characters and locations from the original, prequel and sequel Star Wars movie trilogies The game is scheduled to be released worldwide on November 17, 2017 for PlayStation 4, Xbox One and Microsoft Windows.