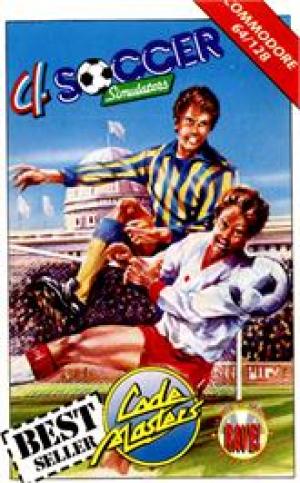 4 Soccer Simulators (later also released as Pro Soccer Simulator) is a collection of four soccer video games developed and released by Codemasters in 1988. It included four games; 11-a-Side Soccer, Indoor Soccer, Soccer Skills and Street Soccer. The games are all played using vertical scrolling. The collection was released on ZX Spectrum, Amstrad CPC, PC and Commodore 64. It was also advertised for Atari ST and Amiga but these versions were never released.